10 Reasons Why Reality Is A Collective Dream 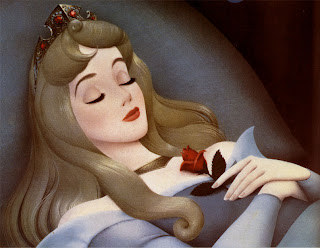 The government beast to the people: sleep now, little child. Everything is going to be alright. Mommy and I are not going to let anyone hurt you.

1. The Western media is keeping mainstream Western consciousness in a state of sleep. It is doing this in order to suppress public awareness of massive crimes against humanity by financial, media, and political leaders in the U.S., England, and Israel.

2. Time is speeding up, and leaving little time for reflection and thinking. The world is changing at a pace that exceeds our ability to grasp what the changes mean for us as individuals and for our collective destiny as a species. The overwhelming sense of lost time is too much to bear for a lot of people, so they get depressed, disengage from the real world, and escape into their fantasy worlds.

3. Everything we are led to believe about official reality and official history by society’s institutions is a lie. A sense of meaning to our lives has been lost, and we are desperately looking for answers. Some of us get trapped in the maze of information, and give up our personal quest for understanding. And some of us continue to slog on through the darkness, night in, night out, because we are never satisfied with our current level of knowledge.

4. On 9/11, we witnessed the Orwellian leaders of the U.S. and Israel destroy reality and reason, and replace them with illusion and irrationality. Their political use of terrorism to mentally condition the people of the West into believing that the threat of terrorism demands their vigilance and sacrifice to the state has created societies of sheep that instinctively react against truth-telling and anti-conformist speech.

5. The politicization of news has created a culture of disinformation, distraction, and deception. 24-hour “News” is the most dangerous and lethal thing in the world. Television is a cancer on the mind. Since 9/11, television has been utilized as an instrument of psychological warfare against the people in America, Canada, and other Western countries.

6. Esoteric-minded individuals in government, media, secret societies, and Hollywood are pursuing a secret political and religious agenda. Deception and secrecy are instrumental to their demonic mission. Their commitment to suppressing historical facts and objective reality is total and absolute.

7. Movies are more than entertainment, they are a subversive and successful form of mass programming. Hollywood is a dream factory, and its dreams become reference points for people, media, and politicians. On 9/11, responders and survivors said that they felt like they were in a movie. There are so many more examples of this social, cultural, and psychological phenomenon.

8. Seeing life as a dream is a trick of the mind. For the criminals of the world, especially those who control governments and financial companies, being separated from reality allows them to engage in illegal activities with an exaggerated sense of confidence. The state terrorists who did 9/11 feel untouchable because their absurd lie has been mindlessly accepted as an objective fact by the majority of the world, rather than as an evil deception. They are the masters of reality, and they know it, which is why they are not afraid to stage another false flag event in the West to justify another criminal war.

9. Consensus reality under a system of dictatorship is reached at through the use of terror and systematic propaganda. How do we arrive at a consensus on public policy and government spending programs in a democracy? Idealistically, through intense debate, political dialogue, public education, and public discussion. But that is not what happened in the days and weeks after 9/11.

Western nations arrived at a consensus about the threat of terrorism after the shadow governments of the United States and Israel committed the biggest act of terror in history. The consensus reality we have lived under since 9/11 is a collective spell, and a long nightmare. The social fruits of this collective spell are death, poverty, and misery.

The propagandists who work for Washington, London, and Tel Aviv are masters at devising an “international consensus” on political and military objectives, whether in Afghanistan, Iraq, Palestine, Libya, Syria, or Iran. But they don’t use logic and reason to win over the world, instead, they use big lies and false flag terrorism to intimidate nations into accepting their twisted version of reality.

10. Regimes of terror and fraud create a collective dream state to limit the consciousness of the people so they do not wake up and realize the magnitude of the crimes that have been committed against them while they slept. The propagandists of totalitarian regimes of terror are constantly engaged in a war on collective memory. Their target is the collective psyche of the society. And they use all kinds of psychological, military, and scientific techniques to realize their goal of creating a dispirited, unconscious, ignorant, fearful, and psychologically traumatized population.

But there is a way out of our collective nightmare. We can reject the terror-based consensus reality that has been constructed by the tricksters behind the 9/11 events. We can dream a new dream.