50 Of The Best Prepper Websites And Blogs On The Internet 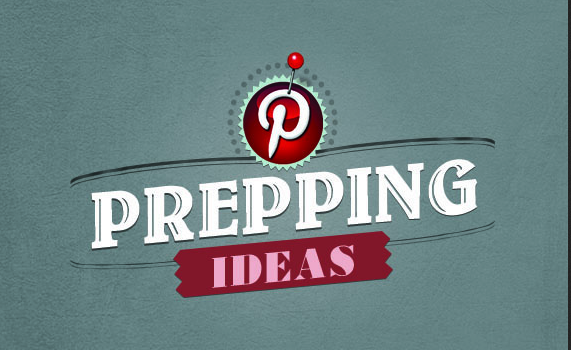 Are you preparing for the collapse of society?  If so, the truth is that you are definitely not alone.  The number of preppers in the U.S. has absolutely exploded in recent years.

It has been estimated that there are now approximately 3 million preppers in the United States, and “Doomsday Preppers” is currently the highest rated show on the National Geographic channel.

In fact, you could be living next to a prepper and never even know it.

All over America, families are transforming spare rooms into long-term food storage pantries, planting survival gardens, unplugging from the grid, converting their homes over to alternative sources of energy, taking self-defense courses and stocking up on just about everything that you can imagine.

The re-election of Barack Obama and other recent events seem to have given the prepper movement even more momentum.

For example, in January the U.S. Mint broke all kinds of records and sold nearly half a billion dollars worth of gold and silver coins to the public.  Not only that, Americans bought enough guns during the last two months of 2012 alone to supply the entire armies of China and India.

When it comes to prepping, nobody can match the passion that Americans put into it.

So what are all of these people prepping for?

Well, the truth is that no two preppers have the exact same motivation.  There is a general consensus among preppers that our world is becoming increasingly unstable, but when you sit down and talk with them you find out that there are a whole host of different civilization-killing events that various preppers are concerned about.  Some are preparing for the collapse of the economy.

Others are extremely concerned about the potential for crippling natural disasters and catastrophic earth changes.

To other preppers, the rise of the “Big Brother” surveillance grid that is being constructed all around us is the greatest danger, and many of them warn of the tyrannical agenda of the New World Order.

Terrorism, killer pandemics, EMP attacks, World War III, martial law, solar megastorms, asteroid strikes and societal chaos are some of the other things that many preppers are worried about.

There are even some preppers that are not worried about any “threats” at all – they just want to get “back to the land” and want to become less dependent on the system.

Whatever the motivation, it is undeniable that the prepper movement has gotten very large and that it continues to grow.

In fact, there was a recent article in the New York Times about preppers that was actually written by a prepper entitled “The Preppers Next Door“…

To the unprepared, the very word “prepper” is likely to summon images of armed zealots hunkered down in bunkers awaiting the End of Days, but the reality, at least here in New York, is less dramatic. Local Preppers are doctors, doormen, charter school executives, subway conductors, advertising writers and happily married couples from the Bronx. They are no doubt people that you know — your acquaintances and neighbors. People, I’ll admit, like myself.

I was absolutely amazed that one of the key mouthpieces of the establishment, the New York Times, would publish an article that was mostly positive about preppers, because the truth is that prepping is essentially a huge expression of a lack of faith in the establishment.   Even the article admitted as much…

PREPPING IS THE BIG SHORT: a bet not just against a city, or a country or a government, but against the whole idea of sustainable civilization. For that reason, it chafes against one of polite society’s last remaining taboos — that the way we live is not simply plagued by certain problems, but is itself insolubly problematic.

And that is exactly right.  There are millions of us that are entirely convinced that the world around us is becoming increasingly unstable and that “the system” will not be there to take care of us when everything falls to pieces.

With each passing day, even more Americans lose faith in the system and begin prepping.  If you are one of those new preppers, there are actually dozens of great websites out there on the Internet where you can get an education about prepping for free.  The list of websites and blogs that I have compiled below contains more articles and resources than you could ever possibly need.  Hopefully many of you will find this list to be extremely helpful.

31. The Home For Survival

The sad truth is that our world is becoming increasingly unstable in a whole bunch of different ways and we all need to learn how to prepare for the difficult years ahead.

Unfortunately, most Americans simply are not prepared for much of anything.

For example, a large percentage of Americans do not even have enough savings to get them through a single financial emergency.  According to one recent report, approximately 44 percent of all households in the United States are just one unexpected event away from financial disaster.

Most American families do not have much food stored up either.  One recent survey discovered that 55 percent of all Americans have less than three days supply of food in their homes.

Could that possibly be accurate?  Do people really keep that little food in their homes?

So who are the crazy ones?

Are the people trying to become more independent and self-sufficient crazy, or are the people who have complete and total faith that the system will take care of them no matter what happens actually the crazy ones?

I don’t know about you, but I would prefer for myself and my family to at least have a chance to survive if society melts down for some reason.

Are you a prepper?

Do you know some preppers?

Do you believe that people should be prepping?