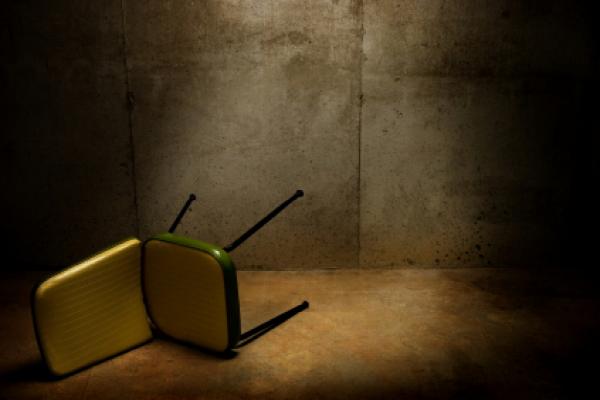 (NaturalNews) NaturalNews exclusive report, please credit with link. NaturalNews can now report that 65-year-old senior citizen James Stewart, a raw milk farmer with no criminal history, was nearly tortured to death in the LA County jail this past week. He survived a “week of torturous Hell” at the hands of LA County jail keepers who subjected him to starvation, sleep deprivation, hypothermia, loss of blood circulation to extremities, verbal intimidation, involuntary medical testing and even subjected him to over 30 hours of raw biological sewage filth containing dangerous pathogens.

This is from a county that has targeted and terrorized James Stewart for the supposed crime of selling fresh milk containing “dangerous pathogens.” That’s right – the only “crime” James has ever committed is being the milk man and distributing milk that is openly and honestly kept fresh and raw instead of pasteurized. So as part of his punishment of advocating raw cow’s milk, he was tortured with raw human sewage at the LA County jail.

This true story of jaw-dropping dehumanization and torture — conducted in total violation of state law as well as the Geneva Convention for prisoners of war — is told in an exclusive audio interview recorded today between Mike Adams and James Stewart.

That audio recording, which has been released by Adams into the public domain for the purpose of widespread copying and sharing, is available for download at the following links:

or if YouTube censors it (as they now do almost any video critical of government), see it on the uncensored video site TV.NaturalNews.com at:

Adams openly encourages members of the public to post these files on YouTube, Vimeo, bittorrent sites and anywhere else where they may reach the public.

“I thought I was gonna die in there…”

In this exclusive interview, you can hear James Stewart describe, in his own words, the shocking details of prisoner abuse right here in America. Among the highlights from his interview with Mike Adams:

• How James was subjected to severe food deprivation.

• How he was interrogated by deputies and accused of being a “sovereign,” then branded with a red arm band (Nazi-style) to falsely indicate that he was a danger to the general population.

• How James was shackled in long chains wrapped around his waist multiple times, then had his hands cuffed behind his back which was bound to the heavy waist chain to restrict his movement. His handcuffs were so tight he thought his wrists would break.

• James was then handcuffed to a cold bench, restricting his movement to just six inches, then left on the bench for 4-5 hours.

• James was then forcibly subjected to various medical tests, including forced chest X-rays even while he was handcuffed.

• He was placed in a cold cell wearing only a T-shirt and pants, where he soon began to suffer from hypothermia and found himself violently shivering just to stay alive.

• How he was made to suffer through total sleep deprivation all night long as other prisoners were screaming and banging on the walls.

• His cell was then flooded with raw human sewage, which flowed into his jail cell 2-3 inches deep, covering his shoes and shirt. LA County jail guards then ordered James to clean up all the raw sewage in his cell by handing him a small hand-held squeegee and demanding that he squeegee out all the raw sewage himself (which he reluctantly did).

• He was then forced to stay in the putrid raw sewage cell for over 30 hours, fighting off nausea and living in bacteriological filth that threatened his health.

• All along, the LA County prison guards gloated over their treatment of prisoners while laughing and joking about their power to subject prisoners to such abuse. This behavior openly mimics that of Gitmo guards who took pictures gloating over their torture and murder of prisoners of war.

• During this entire process, James was not allowed a single phone call nor any visit from an attorney. His right to speak to an attorney was repeatedly denied.

• At no point was James notified of what he was being charged with. He was never presented with an arrest warrant nor were any charges explained to him.

• James was mysteriously “lost” in the system and LA County officials claimed they did not know where he was. This was apparently a deliberate attempt to subject an individual to drawn-out torture without legal representation and make sure no one could locate them to check on their health or arrest status.

These are the actual words of James Stewart that you will hear in this interview:

• “It was worse than torture. They’re actually torturing you mentally and physically to break you down.”

• “I wrote the ‘torture’ on a piece of toilet paper to try to tell everybody what I had gone through, because I was worried they were going to mentally break me and put me in a psych ward.”

• “What I experienced in downtown LA was brutality.”

• “It’s trauma. And they create this thing where you’re not even sure what’s coming next. What has this country come to? I don’t sleep well at night right now, and I don’t think anyone would if they had been what I’ve been through.”

• “I’m shocked that this is America. Because it seems like you’re in some third world country, in a gulag, like in the movie Midnight Express, where you’re absolutely just tortured. That was the experience I had. Your mind goes, how can this be? This is America?”

What we are witnessing here is a gross violation of civil rights and human rights, not to mention fundamental due process. The treatment unleashed upon James was not merely against the law in California, it was also a violation of federal law and a violation of the Geneva Convention and its ban on torturing prisoners of war.

“What happened to Stewart is horrendous,” health freedom attorney Jonathan Emord told NaturalNews. He’s the author of the new book “Restore the Republic” which lays out a plan to overthrow tyranny and restore a government that works on behalf of the people instead of declaring the People to be the enemy.

The bail amount set for James ($1 million) and the torture to which he was subjected clearly indicate that James Stewart is a political prisoner of the State of California, which has decided to spend millions of dollars in taxpayer money to target and incarcerate a senior citizen farmer. (By comparison, bail for alleged child rapist and sex pimp Jerry Sandusky, former Penn State sports coach, was only set at $100,000 and was unsecured!)

NaturalNews calls upon Amnesty International and the American Civil Liberties Union to intervene in this extraordinary violation of basic human rights. For the record, James Stewart has no criminal record and is a permaculture farmer and fresh food advocate. His “crime” consists entirely of arranging for the distribution of raw milk to customers who actually line up to access this nourishing food (people love it!).

NaturalNews has no financial ties to James Stewart nor Rawesome Foods and has been the leading source of free press information covering this story. The mainstream media so far refuses to cover this story, most likely out of financial loyalty to the conventional (processed) dairy industry which stands to lose tens of millions of dollars if raw milk is allowed to be openly and legally sold.

Assistance efforts for James Stewart and Sharon Palmer, the other person arrested in this case, can be emailed to:

More details to be revealed on national radio Sunday

Mike Adams will be discussing this issue on live national radio, Sunday at 1pm Eastern time, 10am Pacific, on the Robert Scott Bell Show.

In addition, NaturalNews has forwarded details to producers of the Alex Jones Show with the hope that Alex Jones will want to cover this for his own audience (www.InfoWars.com).

Information is also being forwarded to the Ron Paul campaign, as Ron Paul has openly spoken out against the absurdity of laws targeting raw milk producers. As Paul is extremely busy running for President, however, he is unlikely to be able to comment on this particular issue.

Tips have been forwarded to Matt Drudge for his consideration of the issue.

NaturalNews.com continues to be the breaking news source on this story with a voice of liberty and food freedom. Check NaturalNews.com for more details this weekend and all next week.

• Contact your local newspaper editors with letters and opinion pieces to express your outrage at this vindictive arrest and torture of a California farmer.

• Write the officer of Governor Jerry Brown, who has done absolutely nothing to stop this outrageous abuse of California’s by rogue DA operatives in both LA and Ventura counties:

• Contact the Ventura County DA’s office (which arrested James at his court hearing) at:

• Learn more about raw milk at:

Study: Humans have at least ‘some’ Psychic powers

Einstein: The World As I See It