ACTIVISTS: How to Resist the Federalization and Militarization of Your Local Police 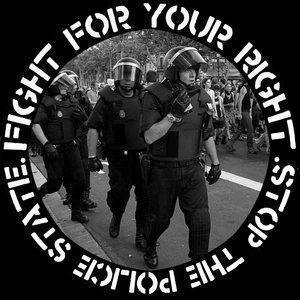 About nine months before a Senate subcommittee for investigations report blasted DHS fusion centers as colossal wastes of money, redundant bureaucracies and threats to our liberty, the Department delivered testimony to the House Permanent Select Committee on Intelligence called “Homeland Security and Intelligence:  Next Steps in Evolving the Mission.”

The testimony might as well have been called “We Are Doing Important Stuff, Seriously Guys, C’mon, Please Don’t Cut Our Budget!” It seems like every third sentence in it is an implicit acknowledgement and desperate rebuttal of the fact that DHS’ “intelligence mission” is largely redundant. There are 17 intelligence agencies in the United States at present. As the Senate subcommittee for investigations report on fusion centers observed, the “intelligence mission” DHS has spent hundreds of billions of dollars to implement is being more effectively executed by the FBI’s Joint Terrorism Task Force (JTTF) operations.
So what’s left for poor DHS? According to the January 2012 testimony: more of the same, with a (bad) twist. Read the following paragraph from the testimony keeping in mind what we learned here in Boston about the local fusion center’s spying on peaceful First Amendment protected speech and assembly. (We found that the DHS-funded Boston Regional Intelligence Center (BRIC) has been spying on peace activists and labeling them “Extremists” and “HomeSec-Domestic” threats in “intelligence reports” that could easily be shared with the federal government.)

As threat grows more localized, the prospect that a state/local partner will generate the first lead to help understand a new threat, or even an emerging cell, will grow.  And the federal government’s need to train, and even staff, local agencies, such as major city police departments, will grow. Because major cities are the focus for threat, these urban areas also will become the sources of intelligence that will help understand these threats at the national level, DHS might move toward decentralizing more of its analytic workforce to partner with state/local agencies in the collection and dissemination of intelligence from the local level.

A translation into non-beltway English: DHS is doubling down on its quest to transform local police departments into mini intelligence agencies. That’s a terrible idea and it is up to us to stop it.
Why resist police federalization? Put simply: we need police departments to respond to local issues, not serve as foot soldiers for the federal spy agencies. Fortunately, terrorism isn’t a major problem in 99% of cities in the United States. As Micah Zenko observes, if you live in the US you are as likely to be killed by your furniture as you are by a terrorist. But that fact has not stopped and will not stop DHS from showering your local police department with money and technology to enable its militarization and federalization, with terror threats as the alibi. Only we can stop this dangerous trend.
And it will likely take some serious organizing. After all, it’s highly unlikely that departments will easily give up access to the “free” federal money for surveillance gadgets and data sharing programs they’ve been raking in for the past ten years. The only way to bring some democracy to this largely shadowy process is to bring it yourself, like people in Oakland are doing right now by stirring up a storm about Alameda County’s plans to acquire surveillance drones.
How can you resist the federal government trying to turn your local police department into a mini-FBI? First you need to know what is going on. Visit your local police department’s website and see if it has posted any information about federal grants for equipment or information sharing programs. File public records requests to the department to learn how any federal monies have been spent over the past five years. (You can file public records requests quickly and easily here.) Then take what you find to the people.
After you’ve learned about what the police department is doing with federal funds, write about it for your local paper. Most local newspapers are happy to accept op-eds from people who live in town. If your area has a Patch online newspaper, write something for that. Spread the word in whatever way you can and make it clear to the local government that you are paying attention to what goes on at the police department.
Finally, bring the issue to your town or city governing body. Here in Massachusetts we have a very strong town government system (the strength of these local offices varies state by state, but it’s a good place to start no matter where you live).
So for example, if your research shows you that the local police department got lots of DHS cash for surveillance cameras and simply installed them without a public conversation on the merits of the enhanced spying, raise the issue with the governing body that controls the police department. Make it clear that you want all future federal grants to the police to be discussed and debated publicly, and that you want your elected officials to play a role in deciding policing procedures. Ask about data policies and whether the information from the cameras can be shared with outside agencies. If there’s the political will in the community, maybe you can get the cameras turned off like people did here in Cambridge, MA.
Let it be known that you want your community to retain local control over your local police. The bureaucrats at DHS will likely be sad if we can work together to reverse the troubling federalization and militarization of our local police departments — it very well might put many of them out of work — but our democracy will be much better off.
via PrivacySOS

Getting Out: Your Guide to Leaving America (Process Self-reliance Series)

Keeping the Government Out of Your Smartphone