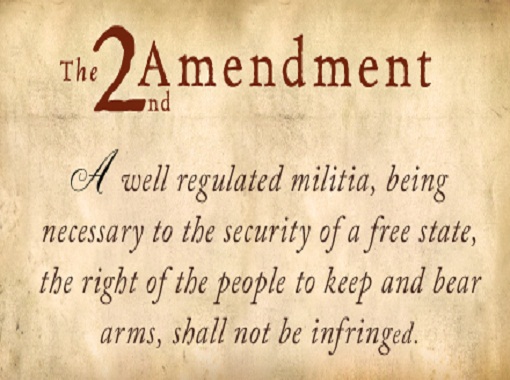 It looks like the power of the IRS to revoke passports is merely a drop in the tyrannical bucket.

The Senate has voted to approve Bill 1813, which is now on its way to the House.  The insidious bill has so many attacks on freedom that the most serious one has been largely overlooked.

There are two attacks on gun ownership in this bill.  The text of the bill, all 1676 pages of it, can be found HERE.

The first attack on the right to bear arms is found on page 1323.

In the ambiguous language that the Congress so loves to employ in all things unconstitutional, we can translate that to the parental favorite, “Because I said so.”

The second attack on gun ownership is more subtle.

There is a stream of logic that you have to follow.

First, if this bill passes, the IRS will have the authority to take away the passports of those whom they say owe more than $50,000 in taxes.  (The tax debt doesn’t have to be proven, mind you, the IRS simply has to accuse you of owing the money.)  You can find this section on page 1447 of the Bill.

When your passport is revoked by the government, you are suddenly on the “no-fly list”.

Membership in the no-fly club puts you on yet another list, as a potential domestic terrorist.

Domestic terrorists are not allowed to have guns.

Don’t believe me?  Listen to Raul Emanuel gloat of it.  He eloquently states “If you are known as maybe a possible terrorist you cannot buy a handgun in America.” (1:13 of the video)

Emanuel, the Mayor of Chicago and former Obama Chief of Staff, makes the top of my personal treason list for this statement. In his own words, “maybe a possible terrorist” means you shouldn’t be allowed the rights guaranteed to you as an American. No proof necessary.

Bill 1813, ‘‘Moving Ahead for Progress in the 21st Century Act’’, is chock full of new ways to take away our personal freedoms.  The bill would require “stalker boxes” on our vehicles, puts a huge number of restrictions on travel and transportation within the US, allows the government to revoke documents and licenses in ambiguous language and is, in essence, nearly 1700 pages of new restrictions. (You can find a summaryHERE if you don’t want to read all 1676 pages).

A Call to Action

Did your Senator vote for this bill?  There’s a good chance he or she did, as only 22 Senators voted against it.  You can find out how your senator voted HERE.

The bill was sponsored by Barbara Boxer (California) and co-sponsored by Max Baucus (Montana), James N. Inhofe (Oklahoma), and David Vitter (Louisiana). For your convenience, I’ve included links to the contact information for each of these Senators.  Be sure and send an email to let them know how you feel about this new attack on freedom.

Email your Representatives and make it very clear that you consider this Bill an act of treason against the Constitution. This directory contains email addresses and contact information for all members of Congress.

Every bill that goes through Congress right now appears to hold another threat to the Constitution (if not multiple threats).  Every word needs to be carefully analyzed so we can fight these attacks.