CENSORED: Nothing Better to Do – The NSA Goes After Parody T-Shirts 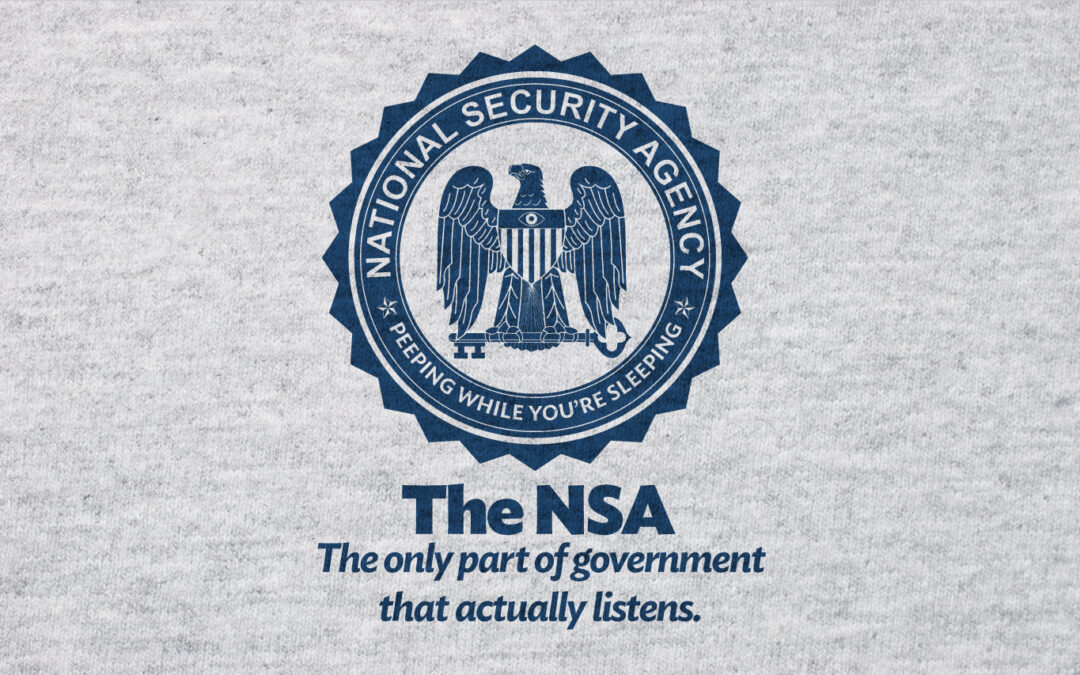 Throughout history, one of the ways in which the human spirit has overcome or dealt with the brutish forces of authoritarian regimes has been through the use of humor. As such, it is no surprise that clever Americans from sea to shining sea have figured out ways to mock the NSA while also making a dollar or two. One of these folks is Dan McCall, founder of politically themed T-shirt company Liberty Maniacs. Several days after the spy scandal erupted, Dan created a shirt that read NSA: The only part of the government that actually listens. See below:

Pretty hilarious right? Well, the NSA didn’t find it particularly funny and, in fact, according to the Daily Dot this is what happened:

“Within an hour or two,” as McCall told the Daily Dot, Zazzle emailed him to say the shirt had been removed from the Zazzle site. (Zazzle didn’t respond to the Daily Dot’s request for comment, nor did the NSA.

Zazzle’s first email, which McCall forwarded to the Daily Dot, said in part:

Unfortunately, it appears that your product, The NSA, contains content that is in conflict with one or more of our acceptable content guidelines.

We will be removing this product from the Zazzle Marketplace shortly. …

McCall, who says he’d worked with Zazzle for five years, asked for an explanation, but when the company responded June 11, the distributor didn’t share much more:

Unfortunately, it appears that your product, ” the nsa”, does not meet Zazzle Acceptable Content Guidelines. Specifically, your product contained content which infringes upon the intellectual property rights of National Security Agency.

We have been contacted by legal representatives from the National Security Agency, and at their request, have removed the product from the Zazzle Marketplace.

The NSA: Protecting Americans from terrorists, nuclear war and funny t-shirts since 1952.