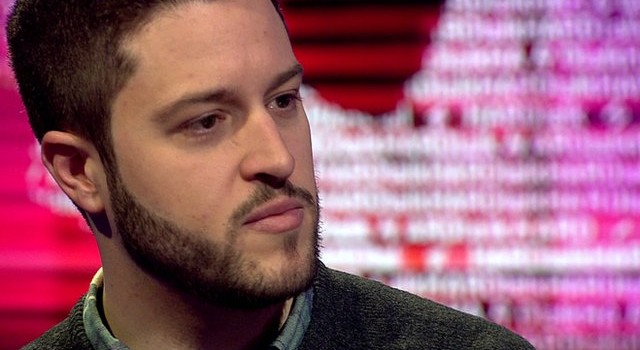 Cody Wilson or Cody Rutledge Wilson is an American crypto-anarchist, free-market anarchist, and gun-rights activist, best known as a founder/director of Defense Distributed, a non-profit organization that develops and publishes open source gun designs, so-called “wiki weapons”, suitable for 3D printing. He is a co-founder of the Dark Wallet bitcoin storage technology.

Defense Distributed gained international notoriety in 2013 when it published plans online for the Liberator, a functioning pistol that could be reproduced with a 3D printer. Wilson is regarded as one of America’s most influential gun rights advocates, and Wired Magazine’s “Danger Room” has named him one of “The 15 Most Dangerous People in the World.”

Wilson claims an array of influences from anti-state and libertarian political thinkers, including leftist market anarchists like the mutualist scholar Pierre-Joseph Proudhon, capitalist libertarians such as the Austrian School scholar Hans-Herman Hoppe, and classical liberals including Frederic Bastiat. Wilson is against intellectual property rights which is a common view of radical libertarians, but generally seen as foundational within the mainstream libertarian movement. He has also indicated that although his primary goal is the subversion of state-structures he also hopes that his contributions may help to dismantle the existing system of capitalist property relations.

Asked during an interview with Popular Science if the Sandy Hook Elementary School shooting had affected his thinking or plans in any way, Wilson responded:

On subversion and resistance

During a January 2013 interview with Glenn Beck on the nature of and motivations behind his effort to develop and share gun 3D printable files Wilson offered:

“That’s a real political act, giving you a magazine, telling you that it will never be taken away. … That’s real politics. That’s radical equality. That’s what I believe in. … I’m just resisting. What am I resisting? I don’t know, the collectivization of manufacture? The institutionalization of the human psyche? I’m not sure. But I can tell you one thing: this is a symbol of reversibility. They can never eradicate the gun from the earth.”

Journalist Brian Doherty of Reason described Wilson as “more than just a gun guy”, adding that Wilson may be “right about how it has to end: the people will have the power.”