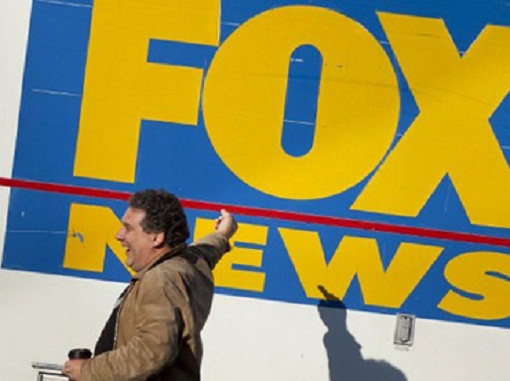 After a study published last year labeled viewers of Fox News as grossly misinformed, the researchers who conducted the poll have expanded their work and now confirm, again, that the network’s audience might want to consider changing the channel.

Researchers at Fairleigh Dickinson University conducted a study last year that yielded some inarguably unsurprising information about Fox News’ viewership. At the time, researchers concluded that, based off of a study that sampled residents of New Jersey, people that only watch Fox News are less informed on current events than people that don’t watch cable news at all. Now only months later, the school’s researchers have published their finding of a similar study that calls on a sample of participants from coast-to-coast and, according to the results, confirm that their earlier report wasn’t a fluke.

According to the latest study, Americans who watch only Fox News to learn about current events are indeed less informed than most everyone else.

The report reveals that, on average, American’s are able to correctly answer 1.8 out of 4 questions on international news and 1.6 of 5 questions when quizzed on domestic issues. For those that disregard the television for taking in daily newscasts, they averaged 1.22 answers correctly.

Fox viewers, of course, were a different story.

“[S]omeone who watched only Fox News would be expected to answer just 1.04 domestic questions correctly – a figure which is significantly worse than if they had reported watching no media at all,” reveals the study.

“On the other hand, if they listened only to NPR, they would be expected to answer 1.51 questions correctly; viewers of Sunday morning talk shows fare similarly well. And people watching only The Daily Show with Jon Stewart could answer about 1.42 questions correctly.”

“Because of the controls for partisanship, we know these results are not just driven by Republicans or other groups being more likely to watch Fox News. Rather, the results show us that there is something about watching Fox News that leads people to do worse on these questions than those who don’t watch any news at all,” Fairleigh Dickinson Professor Dan Cassino explained in an accompanying statement at the time back in November.

By broadening the study, though, can the university conclude that people that get theire news from Comedy Central are more informed that Fox viewers? The short — and for now, seemingly indisputable answer — is yes.

And that, you see, is comedy.
SOURCE: http://rt.com/usa/news/fox-people-study-watch-055/