Did the CIA Arrange a Marriage in Order to Kill Al-Awlaki? 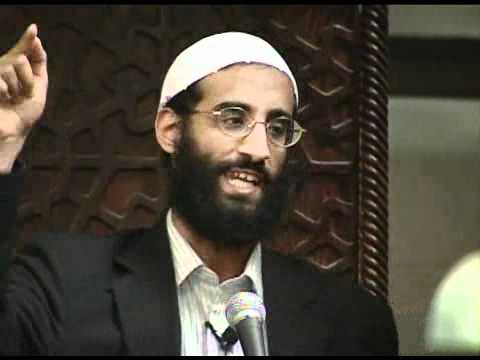 A Danish spy claims that the third marriage of terrorist Anwar al-Awlaki was actually part of a CIA plot to set up the al-Qaeda leader for a CIA assassination attempt. A former member of Denmark’s intelligence service claims that he was paid by the CIA to introduce the American-born al-Awlaki to his future bride via letters and video proposals.

According to several reports in the Danish newspaper Jyllands-Posten over the weekend, the spy is 36-year-old Morten Storm, a Dutch citizen who converted to Islam and moved to Yemen in the late 1990s. Storm says that he befriend many Islamic radicals during his time there, but became disillusioned with their cause and turned against them in 2006, offering to become a spy on behalf of PET, Denmark’s intelligence agency.

Storm says that in 2009, al-Awlaki asked him to help find a European Muslim woman to become his third wife. So Storm recruited a Croatian woman, who’s identified as “Aminah” in the reports, who was  sympathetic to al-Awlaki via Facebook and helped introduce them. All the while, Storm says he was paid $250,000 by the CIA to set up the marriage, and they also supplied a suitcase rigged with tracking devices that was given to the woman—who was not in on the plot—when she traveled to Yemen to meet al-Awlaki. The supposed idea behind the plot was to use the device to determine the terrorist’s location and then kill them both with a bombing strike. The plan failed when the al-Awlaki’s aides made her get rid of the suitcase upon her arrival, but al-Awlaki and Aminah did eventually marry.

Even though that plan didn’t work out, Storm says he still contributed to the drone strike that did kill al-Awlaki in 2011. He says he continued to exchange messages with al-Awlaki via a USB stick that was passed back and forth between them. That stick may been the device that allowed the U.S. to pinpoint his location for the drone attack that killed him. (Aminah is said to still be alive today, working for an al-Qaeda magazine.)

The reports have upset some Danish citizens who are worried that if Storm’s story is real, it means their government participated in an illegal assassination. PET has said in the past that they played no part in his death. That doesn’t even get into the fact that they may have used an unsuspecting person as “live bait” for a deadly hit. Also, a Muslim community leader from Birmingham who knew Storm when he lived briefly in England has spoken out against him, saying Storm was a troublemaker who tired to radicalize young Muslims and is only out for attention and money. Storm claims that was just part of his cover as a radical Muslim and there are audio recordings linking him to al-Awlaki. Neither PET or CIA would comment on the story.