Documentary: The Power of Nightmares – Organized Terrorism a Tool of Global Control? 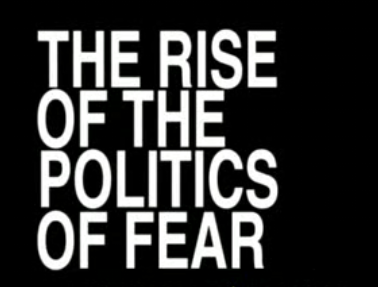 Should we be worried about the threat from organised terrorism or is it simply a phantom menace being used to stop society from falling apart?

In the past our politicians offered us dreams of a better world. Now they promise to protect us from nightmares.

The most frightening of these is the threat of an international terror network. But just as the dreams were not true, neither are these nightmares.

In a new series, the Power of Nightmares explores how the idea that we are threatened by a hidden and organised terrorist network is an illusion.

It is a myth that has spread unquestioned through politics, the security services and the international media.

I: Baby It’s Cold Outside
II: The Phantom Victory
III: The Shadows In The Cave

At the heart of the story are two groups: the American neo-conservatives and the radical Islamists.

Both were idealists who were born out of the failure of the liberal dream to build a better world.

These two groups have changed the world but not in the way either intended.

Thoe with the darkest fears became the most powerful

Together they created today’s nightmare vision of an organized terror network.

A fantasy that politicians then found restored their power and authority in a disillusioned age. Those with the darkest fears became the most powerful.

The rise of the politics of fear begins in 1949 with two men whose radical ideas would inspire the attack of 9/11 and influence the neo-conservative movement that dominates Washington.

Both these men believed that modern liberal freedoms were eroding the bonds that held society together.

The two movements they inspired set out, in their different ways, to rescue their societies from this decay. But in an age of growing disillusion with politics, the neo-conservatives turned to fear in order to pursue their vision.

They would create a hidden network of evil run by the Soviet Union that only they could see.

The Islamists were faced by the refusal of the masses to follow their dream and began to turn to terror to force the people to “see the truth”‘.

The Power of Nightmares will be broadcast over three nights from Tuesday 18 to Thursday, 20 January, 2005 at 2320 GMT on BBC Two. The final part has been updated in the wake of the Law Lords ruling in December that detaining foreign terrorist suspects without trial was illegal.