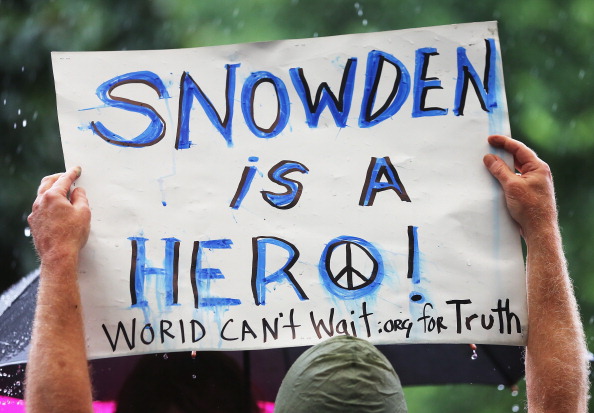 That fact, one of many startling ones from Barton Gellman’s new blockbuster Washington Post story based on documents given to him by Edward Snowden, is so catchy and memorable that I almost worry about it. That is, I worry people will just think of that and fail to grasp that this was actually one of the more anodyne NSA abuses revealed by these newly disclosed top-secret documents, including an internal audit. In fact, in the year preceding the May 2012 audit, there were 2,776 violations (another eye-grabber, suggestively alike the totemic 1,776).

I think more troubling is that the NSA deliberately fed international communications (which it is permitted to monitor in certain ways) through U.S. fiber-optic cables, commingling those kosher foreign emails with domestic ones—which the secret Foreign Intelligence Surveillance Court (or FISC, and it is generally a rubber stamp) ruled unconstitutional.

I also think more troubling is that last year, the NSA retained more than 3,000 files of telephone call records in defiance of an FISC order (!). How many calls involving how many people were on each file is unknown, by the way.

I think it is pretty messed up that all of this information solely concerns violations that occurred at the NSA’s headquarters in Maryland. “Three government officials, speak­ing on the condition of anonymity to discuss classified matters, said the number [of violations] would be substantially higher if it included other NSA operating units and regional collection centers,” Gellman reports.

Here’s the audit, for those not faint of heart or jargon (an appendix is provided).

There is a valuable, vital debate to be had over how much the federal government, in its intelligence programs, ought to be permitted to violate Americans’ privacy in an effort to protect Americans from a dangerous world that includes people who want to kill Americans. There are many different places where the important red lines can be drawn in this debate. It is a debate strewn with well-intentioned, conscientious people who would draw those lines at very different places. Let’s even be generous and stipulate that the question of whether the statutorily provided oversight of these programs is sufficient belongs, as well, to that debate.

The most important thing about the Egypt-D.C. confusion isn’t that U.S. calls were collected in violation of rules, for instance. It is that, after this violation was uncovered, it was not reported to oversight staff.

In a separate, in many ways equally important Post article, Carol D. Leonnig reports that FISC’s chief judge is hopelessly dependent on the NSA in order for it to perform its statutorily mandated oversight. “The FISC does not have the capacity to investigate issues of noncompliance,” the judge, Reggie B. Walton, told her, “and in that respect the FISC is in the same position as any other court.” Obama, Leonnig noted, has explicitly held FISC up as assurance that the programs do have strong oversight. But it should be obvious that outside oversight that depends on the purely internal machinations of the thing that is supposed to be overseen is not accountable oversight.

Lawmakers are not blameless. They may access unredacted documents, albeit in a secure room where they lack the ability to take notes. They might theoretically then, even, pull a Mike Gravel and read the results into the record on the House or Senate floor. Gellman reports that “fewer than 10 percent of lawmakers” presently have the ability actually to do this in practice. Sen. Dianne Feinstein, the Senate Intelligence Committee chairwoman, was unaware of the May 2012 audit until she was contacted for the Post story.

Yet the administration did not disclose, say, the lapses Gellman reported. In fact, the NSA retroactively placed an on-the-record interview with its director of compliance off the record, according to Gellman. It did this after Obama’s speech extolling the importance of and promising transparency. In a sense, we got his wished-for transparency. We can see right through him now.