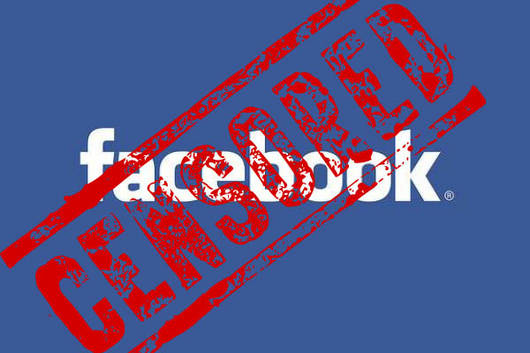 You will notice Decrypted Matrix no longer operates a Facebook Page.  Within the last few days we have willfully resigned from the service and shut down all pages and profiles.  This new information below proves that was an appropriate course of action.  -Max Maverick, Editor

Facebook is purging accounts that carry pro-second amendment and pro-liberty information in a censorship purge that has accelerated over the past few hours, with innumerable pages being disappeared merely for posting legitimate political content.

NaturalNews.com’s Mike Adams contacted us to alert us to the fact that “Facebook banned our account for posting this,” with an attached image of a Gandhi quote about how the British disarmed the citizenry during their rule in India.

The following is a list of Facebook accounts operated by individuals in the alternative media that have been shut down by Facebook staff over the past 24 hours. Infowars writer Aaron Dykes and political dissident Brandon J. Raub have also had their accounts deleted. Raub was snatched by police and forcibly imprisoned in a psychiatric ward earlier this year for posting political content on Facebook. Infowars editor Kurt Nimmo also had his account suspended this morning.

It is important to stress that most of these accounts have not simply been temporarily suspended, they have been shut down completely. Some are now being reinstated after complaints. Accounts that have been suspended can still be seen but posting rights have been revoked.

A 24 hour suspension was also placed on the Alex Jones Facebook account due to an image that another user had posted in which Alex Jones was tagged.

One of the messages being received by users having their accounts suspended is displayed below. In most cases, users are not even being informed of why their page was suspended or deleted, with Facebook merely referring them to the company’s guidelines.

Last week, we reported on how Facebook was suspending user accounts that questioned the official narrative behind the Sandy Hook school massacre.

As we have previously highlighted, Facebook occasionally deletes images and posts that it claims violate “Facebook’s Statement of Rights and Responsibilities,” yet constitute little more than political conjecture or a healthy skepticism of official narratives on current events.

In September 2011, Infowars reporter Darrin McBreen was told by Facebook staff not to voice his political opinion on the social networking website.

Responding to comments McBreen had made about off-grid preppers being treated as criminals, the “Facebook Team” wrote, “Be careful making about making political statements on facebook,” adding, “Facebook is about building relationships not a platform for your political viewpoint. Don’t antagonize your base. Be careful and congnizat (sic) of what you are preaching.”