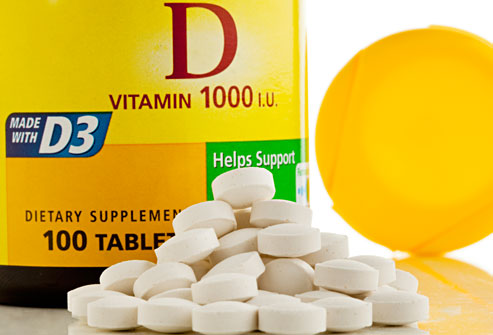 No one said it better than Michael Crichton – who, in addition to being a best selling author, was also a physician.

During a lecture at Cal Tech, he said, “Let’s be clear: The work of science has nothing whatever to do with consensus. Consensus is the business of politics. Science, on the contrary, requires only one investigator who happens to be right. … The greatest scientists in history are great precisely because they broke with the consensus.”

The medical community has always been subject to “group-think,” but in recent decades we have become the leaders. Numerous physician-scientists have been ostracized, defrocked, de-licensed and in some cases driven to self-destruction by a medical community that has embraced consensus in science.

In essence, “We don’t care about your data; we all agree you are wrong.”

I once had a paper rejected from a major spine journal with a one line denouement: “Everyone knows you can’t do that.”

With time, ultimately, truth prevails, and renegade but correct physicians are vindicated – but not in time to save those patients who die from the mistaken consensus. Today, this “group-think” is depriving people from some of the best and cheapest medical treatment available – supplementation with adequate Vitamin D3.

Vitamin D deficiency has been associated with childhood rickets – a bone disorder – for over a hundred years. And it has been known since the 1970s that those living on the equator, regardless of particular locale, have lower rates of multiple sclerosis, colon cancer and depression. But more recently, many astute observers have discovered that low Vitamin D leads to many other disorders, including cardiac arrhythmia, breast cancer, adult fractures, dementia, heart attack risk and even diabetes.

Most recently, studies have demonstrated that higher levels of Vitamin D improve longevity and are beneficial at preventing influenza – even better than vaccination. Studies showing beneficial effects of high vitamin D levels are quite convincing. They not only show a correlation between low Vitamin D blood levels and the problem, but show improvement in the disease or prevention of the condition when levels are raised up through supplementation.

As an example, it has been shown in the laboratory that heart muscle does not contract well unless adequate Vitamin D is present. An Italian population study showed that low Vitamin D was proportional to atherosclerotic plaques (clogging of the arteries). Furthermore, a Japanese study of dialysis patients demonstrated that correcting Vitamin D deficiency significantly lowered death from heart attacks and heart disease in general.

These are only a few of the rapidly expanding body of literature supporting the role of Vitamin D in multiple disease prevention. But to achieve the positive effects seen in many diseases, blood levels need to be in the range of 50 to 100 ng/dl, not the 20 ng/dl that laboratories report as the lowest range of “normal” (how labs determine “normal” is the subject of another column). Specifically in the case of breast cancer, if one achieves blood levels above 55 ng/dl, the risk of breast cancer is diminished 85 percent.

It is the observation of many, many practicing clinicians that 1) most patients test in the low 20s, and 2) 400 iu of Vitamin D a day – the government recommended daily allowance doesn’t raise the levels at all. Studies of equatorial inhabitants demonstrate that some of the longest-lived people on the planet obtain 30,000-40,000 iu of Vitamin D (specifically D3) a day from the sunlight – nature’s source of the vitamin. Given that, it is not suprising that supplementing 10,000 iu a day of Vitamin D3 has been shown to have no adverse effects.

As an Orthopaedic Surgeon, I deal with bone disorders daily, and have long been interested in this topic. I quit testing for Vitamin D levels in untreated people after every one of my patients tested in the low 20s. I only tested my husband because he was convinced that golfing in Arizona 18 holes, six days a week would raise his level. It did not – his level was 22 ng/dl.

Now, given all this, what would you do?

I, for one take 10,000 units of Vitamin D3 a day. I have done so for over 7 years, and my levels of 55 ng/dl are barely in the optimal range of 50-100ng/dl. I recommend the same to all my patients. But I must warn them that the government, via the Institute of Medicine and the FDA, disagree and believe people should take only 600-800 iu a day.

Now it doesn’t take a medical degree to figure out that a cheap treatment that has such potential upside with so little (if any) downside is worth doing as real preventive medicine. But the government consensus – developed by intellectuals who feel they are infinitely smarter than we are, and should be able to make our choices for us – is that there is no evidence for the beneficial claims.

Really? If they emerge from their collective basement, they will find pages and pages of references. Don’t believe it? Do a simple Google search. Or just read the newspaper. Besides frequent articles in medical and general science journals supporting Vitamin D3 supplementation, there are monthly news stories about this rapidly advancing science.

Sadly, the government doesn’t just want to discourage you from taking extra Vitamin D, they want to prohibit it. Senator Dick Durban, D-Ill., in 2011 introduced a bill (innocuously labeled the “Supplement Labeling Act”) which would so over-regulate the supplement industry that they could no longer supply products such as Vitamin D3 at a cost affordable to the average consumer.

And state medical boards, which are now populated by many non-physicians, sanction physicians who step out of this approved “consensus” – what they call “standard of care.” According to them, if you are not doing what 90 percent of your colleagues are doing, you are by definition wrong. And they can punish you, even to the extent of taking away your license. So, regardless of progress in science, if 90 percent of doctors are recommending an inadequate dose of Vitamin D, your doctor must give you this wrong advice.

To be a scientific leader in this new world order is to be wrong. If the phone company had this philosophy, we would still be tied to land line rotary dials.

Science and medicine are not a vote. As Dr. Crichton pointed out, voting is for politicians. Science requires freedom to consider the alternatives, and in medicine, the freedom to make our own choices – not have government bureaucrats or the Institute of Medicine make them for us