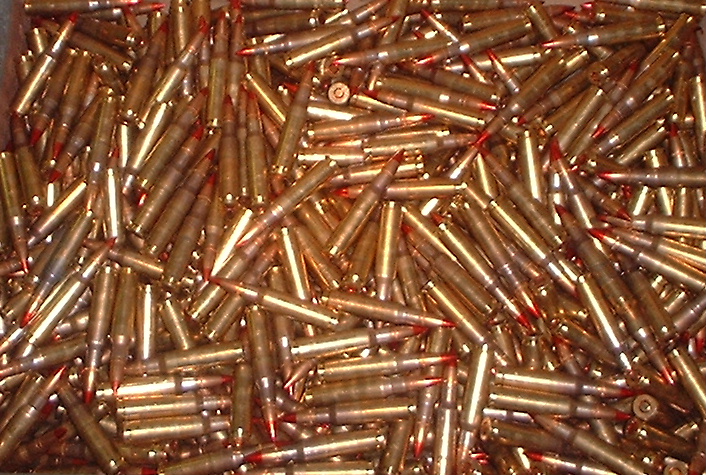 Subject: Government buying out all the 5.56 Military surplus ammo and is telling ammo dealers to stop selling to their vendors and civilians.

I have been calling allot of ammo distributors and ALL of them are telling me that our government is all the 5.56-.223 cal military surplus ammo. And their also telling the ammo distributors stop selling the ammo to civilians and their vendors because the government is buying it all up from everyone they can. I have also spoken with theses ammo dealers and they told me that the 5.56 and .223 ammo is going way up in price.

For instance…I paid $149.00 for federal surplus 440 rounds of steal core and now at the gun show today it was selling for $440.00 for 420 rounds. I have checked and ALLOT of places online are out of the Military surplus ammo by federal. M193 and M855 SS109 ammo. I did find one place still carrying both these ammo’s and good prices still, but their the only place I could find. If interested let me know and Ill forward the info.

I was also told by the same ammo dealers that the government is going to buy all the 9mm and .45 ammo up, so hurry and buy while you can at the lower prices while still available. Guess if they won’t take our guns because they figure that there are some many out there, they will just buy all most popular military calibers. Can’t shoot a gun with no ammo…stock up now while you still can.