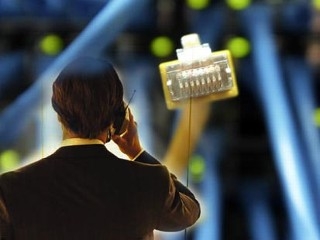 Two days after proposals to extend provisions of the draconian PATRIOT Act failed to attract a super majority in a fast track vote, another vote in the House of representatives has cleared the way for the smooth passage of the legislation.

Last night’s vote put in to place a new rule that will allow the legislation to be passed by just a simple majority. It is expected that the House will vote again on the legislation next week, and that it will easily pass.

Earlier in the week, House Republicans had attempted to suspend House rules and pass the extension with limited debate and no amendments. That fell 7 votes short because a 2/3rds majority was required.

Last night’s ballot saw 248 vote in favour of allowing the extension to proceed, while 176 voted against.

Just four Republicans, including Congressman Ron Paul, voted against the extension. On Tuesday 26 Republicans had voted against. The other three Republican nays were Chris Gibson (N.Y.), Raul Labrador (Idaho) and Tom McClintock (Calif.).

Several representatives who ran on a Tea Party platform of restoring civil liberties also voted in favour of the legislation, following a lecture by Homeland Security Head Janet Napolitano, who told the congressional oversight panel that the nation faces a “heightened” terror threat, the like of which has not been seen since 9/11.

Excluding the 15 who voted for the extension, Democrats protested the Republican attempt to hold the vote under the “closed rule”. Rep. Sheila Jackson (D-Texas) said Republicans were practicing “unique trickery” by calling the bill back for a second vote.

“We have a right to have a voice and that voice has already been expressed,” said Lee. “What more needs to be said?”

The PATRIOT Act, which was rushed into law in the days following 9/11, gives law enforcement agencies vast new powers to deal with so called terrorist threats.

Certain provisions within the legislation are set to expire on Feb. 28 if Congress does not act to extend them.

One of the expiring provisions in question is the so-called “lone wolf” provision, enacted in 2004, which allows for the electronic monitoring of an individual without the government having to prove that the case has any relation whatsoever to terrorism or a foreign power. This is in effect a carte blanche for the government to use every method at their disposal to spy on any American citizen they choose.

Another of the provisions gives the government access to business, library and medical records, with the authorities generally having to prove that the investigation is terrorism related. However, since according to Homeland Security guidelines the new breed of terrorist is classified as someone who supports a third party, puts a political bumper sticker on their car, is part of the alternative media, or merely someone who disagrees with the authorities’ official version of events on any given issue, the scope for the government to use this power against their political adversaries is wide open.

The third provision in question allows a FISA court to grant “roving wiretaps” without the government having to even identify their target. This is another carte blanche power that gives the state the license to monitor telephone calls, e mails and any other form of electronic communication.

When the legislation was originally signed into law, it contained “sunset” provisions, written in to gradually phase out some of these more extreme measures. However, the sunsets have been consistently extended.

The Obama administration has regularly and successfully pushed to extend the provisions. Earlier this week, the White House issued a statement that noted Obama “would strongly prefer enactment of reauthorizing legislation that would extend these authorities until December 2013.”

Obama will push the Senate to extend the PATRIOT Act provisions for another three years, even more than House Republicans who want to see the provisions extended until Dec. 8.

This shouldn’t come as any surprise, however, given that Obama voted for the PATRIOT Act renewal in 2008 when he was an Illinois Senator, while also lending support for immunizing the nation’s telecommunications companies from lawsuits charging them with being complicit in the Bush administration’s wiretapping program. Indeed, Obama has even moved to effectively legalize and expand the wiretapping initiative.

Senate Democrats are set to fast track the companion legislation (S. 149) to the House bill, as they seek to bypass the committee process and push the bill straight to the floor.

Libertarian Senator Rand Paul has vowed to ferociously oppose such efforts in the Senate:

“…the House will pass these extensions and send the PATRIOT Act renewal to the Senate. And when they do, I will oppose it,” a statement issued by Paul this week reads.

“I do not say that lightly. I firmly believe it is a primary duty of our government to do what it can to protect the lives of its citizens. But I also believe it must in equal measure protect our liberty, and in this our government has failed us. We should remember the words of Ben Franklin, who famously said ‘Those who would give up essential liberty to purchase a little temporary safety deserve neither liberty nor safety.’”

“It is time for Congress to stop quietly extending this law and avoiding a serious discussion about protecting all the rights of all Americans. I will insist the Senate allow debate and amendments as we consider this important legislation,” he concludes.

We have previously highlighted how the PATRIOT Act has been misused and abused by the authorities to specifically target American citizens.

In 2008, a Justice Department report confirmed that the FBI had been abusing their ability to obtain personal records of Americans without a warrant as a matter of course. The use of “national security letters” under the PATRIOT Act allows federal agencies to bypass the protections of the Fourth Amendment. This means that all electronic communications and cell phone calls of American citizens can be monitored without the prior approval of a court.

Federal judges have previously ruled that the provisions of the PATRIOT Act in question are entirely unconstitutional.