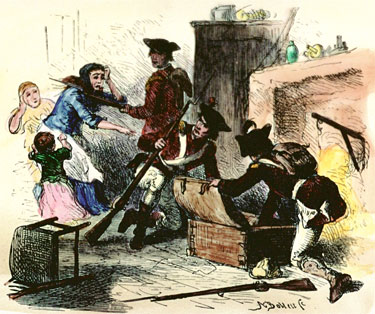 In one reported interview regarding the Barnes vs. State of Indiana case, Sheriff Hartman showed such an indifference toward the rights of the people that he was asked three times to explain his views. The sheriff made it clear that he would use random house to house searches if he believed it was necessary.

The opinions of Newton county Sheriff Hartman has created a movement to remove him from office.

The facts and procedural history of the Barnes vs. State of Indiana began on November 18, 2007 in Vanderburgh County.  The incident involved a married couple arguing, no attacks of violence were committed by either party, but officers on the scene escalated events when they forced their way into the couple’s apartment.

In writing for the court, Justice David Steven said that if a police officer wants to enter a home for any reason or no reason at all, a homeowner can not do anything to block the officer’s entry.

This 3-2 decision by the Indiana Supreme Court has in affect overridden the 4th amendment to the US Constitution which says;

The right of the people to be secure in their persons, houses, papers, and effects, against unreasonable searches and seizures, shall not be violated, and no Warrants shall issue, but upon probable cause, supported by Oath or affirmation, and particularly describing the place to be searched, and the persons or things to be seized- [4th Amendment to the US Constitution]

A legal precedent has now been set for Indiana residents; people have NO reasonable expectation to be secure in their persons, house, papers and effects.

Justice David Steven was appointed to the Indiana Supreme Court in October of 2010; he is a colonel in the United States Army Reserve and a former Chief Defense Counsel for Guantanamo captives.

Governor Mitch Daniels who is seen as a potential savior for the Republican presidential ticket in 2012 selected David Steven for the Indiana Supreme Court.

On April 19, 1775 after years of illegal searches and seizures the American colonists resisted their government.

The colonists believed they had the protection of the Magna Carta and English Bill of Rights, but the policing actions of the British Crown ignored those rights.

Today people are grabbed and groped at airports and police routinely choke and taser people into submission. With the recent decisions by the Indiana and U.S. Supreme Courts the 4th amendment a mans home is NO longer his Castle.