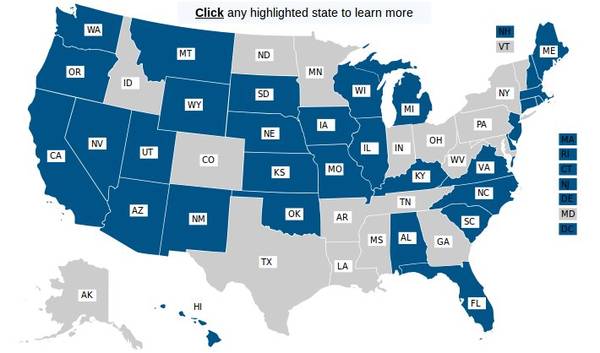 ACLU affiliates across America requested information on local law enforcement’s use of cell-phone tracking, and received a wealth of disturbing information about the extent of wireless tracking. They produced a map showing which police departments were discovered to be tracking people’s phones without a warrant, either by getting gutless phone companies to fink out their own customers for warrantless fishing expeditions, or by buying some kind of “cell phone tracking equipment.”

Many law enforcement agencies track cell phones quite frequently. For example, based on invoices from cell phone companies, it appears that Raleigh, N.C. tracks hundreds of cell phones a year. The practice is so common that cell phone companies have manuals for police explaining what data the companies store, how much they charge police to access that data, and what officers need to do to get it.

Unfortunately, other departments do not always demonstrate probable cause and obtain a warrant when tracking cell phones. For example, police in Lincoln, Neb. obtain even GPS location data, which is more precise than cell tower location information, on telephones without demonstrating probable cause. Police in Wilson County, N.C. obtain historical cell tracking data where it is “relevant and material” to an ongoing investigation, a standard lower than probable cause.

Police use various methods to track cell phones. Most commonly, law enforcement agencies obtain cell phone records about one person from a cell phone carrier. However, some police departments, like in Gilbert, Ariz., have purchased their own cell tracking technology.