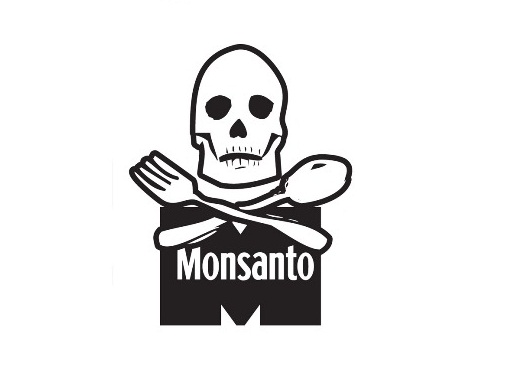 Despite overwhelming public support and support from a clear majority of Vermont’s Agriculture Committee, Vermont legislators are dragging their feet on a proposed GMO labeling bill. Why? Because Monsanto has threatened to sue the state if the bill passes.

The popular legislative bill requiring mandatory labels on genetically engineered food (H-722) is languishing in the Vermont House Agriculture Committee, with only four weeks left until the legislature adjourns for the year. Despite thousands of emails and calls from constituents who overwhelmingly support mandatory labeling, despite the fact that a majority (6 to 5) of Agriculture Committee members support passage of the measure, Vermont legislators are holding up the labeling bill and refusing to take a vote.

Instead, they’re calling for more public hearings on April 12, in the apparent hope that they can run out the clock until the legislative session ends in early May.

What happened to the formerly staunch legislative champions of Vermont’s “right to know” bill? They lost their nerve and abandoned their principles after Monsanto representative recently threatened a public official that the biotech giant would sue Vermont if they dared to pass the bill. Several legislators have rather unconvincingly argued that the Vermont public has a “low appetite” for any bills, even very popular bills like this one, that might end up in court. Others expressed concern about Vermont being the first state to pass a mandatory GMO labeling bill and then having to “go it alone” against Monsanto in court.

What it really comes down to this: Elected officials are abandoning the public interest and public will in the face of corporate intimidation.

Monsanto has used lawsuits or threats of lawsuits for 20 years to force unlabeled genetically engineered foods on the public, and to intimidate farmers into buying their genetically engineered seeds and hormones. When Vermont became the first state in the nation in 1994 to require mandatory labels on milk and dairy products derived from cows injected with the controversial genetically engineered Bovine Growth Hormone, Monsanto’s minions sued in Federal Court and won on a judge’s decision that dairy corporations have the first amendment “right” to remain silent on whether or not they are injecting their cows with rBGH – even though rBGH has been linked to severe health damage in cows and increased cancer risk for humans, and is banned in much of the industrialized world, including Europe and Canada.

Monsanto wields tremendous influence in Washington, DC and most state capitals. The company’s stranglehold over politicians and regulatory officials is what has prompted activists in California to bypass the legislature and collect 850,000 signatures to place a citizens’ Initiative on the ballot in November 2012. The 2012 California Right to Know Act will force mandatory labeling of GMOs and to ban the routine practice of labeling GMO-tainted food as “natural.”

All of Monsanto’s fear mongering and intimidation tactics were blatantly on display in the House Agriculture Committee hearings March 15-16.

During the hearings the Vermont legislature was deluged with calls, letters, and e-mails urging passage of a GMO labeling bill – more than on any other bill since the fight over Civil Unions in 1999-2000. The legislature heard from pro-labeling witnesses such as Dr. Michael Hansen, an expert on genetic engineering from the Consumers Union, who shredded industry claims that GMO’s are safe and that consumers don’t need to know if their food is contaminated with them.