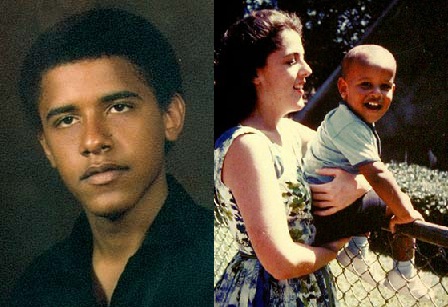 This week, PBS’s “Frontline” published the transcript from a June 27, 2012 interview with Kristen Caldwell, a woman who grew up with President Barack Obama and attended the Punahou School with him in Honolulu, Hawaii. Among other claims, she told PBS that, as a young child, Obama told his classmates that he was Kenyan royalty or an Indonesian prince — fascinating claims that she discussed in great detail.

The former classmate, who referred to Obama as “Barry” throughout the interview (the name she claims his classmates called him), said that she believes Obama was at the prestigious school on scholarship. Like other kids who were attending on reduced admission, he likely worked at the tennis courts on campus — a location where the two frequently hung out.

During the interview, she described Obama’s physical appearance and his frequent purported embellishment of his background.

“I can picture him as this slightly — “chubby” is too strong, but rounded, short little guy, Barry Obama,” Caldwell said. “And he told us that his father was an Indonesian king and that he was a prince, and after he finished school he was going to go back, and he would be a ruler in Indonesia.”

Obama must have been charismatic even then, as his former classmate said the following about his wild claims: “I absolutely believed him.” Caldwell also said she heard that Obama once told his fifth-grade class that he was Kenyan royalty. While she didn’t hear this directly — and it was years later that the story made its way to her — Obama’s claim to be a prince was something she experienced directly.

“My sister and I remember very clearly that he was an Indonesian prince and that he would be going back there,” she continued. “So there was some reference to where he had come from, and the understanding was his family was there.”

Caldwell and Obama were purportedly close, seeing as her father allegedly drove him home from the tennis courts on rainy days. Additionally, she claims that they spent a great deal of time hanging out together both during the school year and throughout the summer each year – however, she didn’t seem to know intimate details about his background.

As far as the embellished stories about his father and stature, PBS asked Caldwell why she believes Obama told such tall tales.

The former classmate said that she believes insecurity was the central underpinning of his stories about being royalty and one-day returning to Indonesia to assume the throne. After living in Hawaii until he was six, moving in Indonesia from six until age 10 and then arriving back in the state, once again, she said she could understand why he felt the need to compensate.

“I would think he would have felt very, very fish-out-of-water, very uncomfortable, and like anybody, he’d have to have a little bit of bravado to mask the insecurities,” Caldwell continued.

In a subsequent question, PBS asked if Caldwell noticed anything special about Obama during the time she spent with him. Considering that he grew up to become the leader of the free world, the outlet was curious to know if he exuded confidence and other such sentiment that pointed to a bright future ahead. While highlighting the fact that Punahou was filled with brilliant and talented children — and that getting into the school required that one fit these categories — she said, “to me he was a normal kid.”

“He didn’t seem outstanding academically or athletically or any other way. To me he seemed normal,” she continued.

While these claims are certainly odd, children often role-play and use their imaginations. It’s entirely possible this is what was at play. Either way, these are some intriguing claims to say the least. Read the transcript from “Frontline’s” entire interview with Kristen Caldwell here.