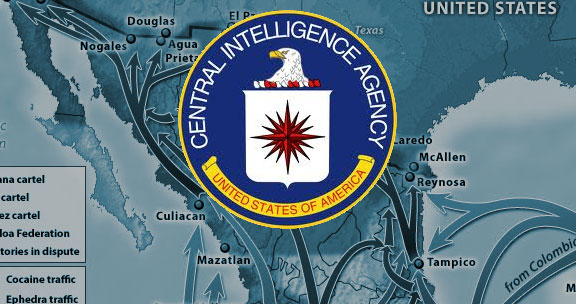 The Central Intelligence Agency was intimately involved with the federal government’s infamous “Operation Fast and Furious” scheme to send American weapons to Mexican drug cartels while simultaneously working with other agencies allowing narcotics to be shipped over the border, according to a series of explosive reports.

Citing an unnamed CIA source, a Washington Times article theorizes that U.S. officials were actively aiding organizations such as the Sinaloa cartel with guns and immunity in an effort to stymie Los Zetas. That’s because, according to the piece, the powerful and brutal criminal Zetas syndicate has the potential to overthrow the government of Mexico — and might be planning to do so.

Apparently the secretive U.S. intelligence agency also played a key role in creating and using the American government’s gun-running program to arm certain criminal organizations. The scheme, which has already been implicated in countless deaths including the murders of several U.S. and Mexican law enforcement officers, saw thousands of high-powered American guns delivered to multiple cartels.

“The CIA’s motive is clear enough: The U.S. government is afraid the Los Zetas drug cartel will mount a successful coup d’etat against the government of [Mexican President] Felipe Calderón,” wrote Robert Farago and Ralph Dixon in the Times’ report, entitled “Was CIA behind Operation Fast and Furious?”

According to the article, which also cites former CIA officials and even ex-Drug Enforcement Administration boss Phil Jordan, Los Zetas has already prepared to disrupt and possibly even subvert Mexico’s 2012 national election. Ironically, many leaders of the criminal empire supposedly threatening the existence of the Mexican government were actually trained in the U.S. at the infamous military training center known as School of the Americas.

“Founded by ex-Mexican special forces, the Zetas already control huge swaths of Mexican territory,” Farago and Dixon noted. “They have the organization, arms and money needed to take over the entire country … There’s a very real chance the Zetas cartel could subvert the political process completely, as it has throughout the regions it controls.”

As The New American reported last week, federal court filings by a top Sinaloa Cartel operative shed even more insight on what may have been going on. And the documents would appear to lend some credence to the Times’ article.

The accused “logistical coordinator” for the Sinaloa organization, Jesus Vicente “El Vicentillo” Zambada-Niebla, claimed that he had an agreement with top American officials. In exchange for information on rival cartels, the deal supposedly gave him and his associates immunity to import multi-ton quantities of drugs across the border.

“Indeed, United States government agents aided the leaders of the Sinaloa Cartel,” the court filing states. Countless guns — via Operation Fast and Furious — also flowed to the cartel under the arrangement, according to Zambada-Niebla and U.S. officials.

But there might be even more to the story than this. Other former U.S. agents have claimed that Los Zetas is controlled and abetted by the American government, too. “There’s warehouses down here [in Texas] where they’re training more Zetas individuals that work for the cartels,” former DEA operative and whistleblower Celerino Castillo said during a radio interview with Alex Jones.

And a separate report late last month based on allegations by CIA and DEA insider Phil Jordan is even more explosive. He is claiming that the Obama administration was selling Los Zetas military-grade weaponry through a front company set up in Mexico.

Even members of the Zetas have confirmed the allegations, as The New American reported last month. One of the cartel’s founders, Jesús “El Mamito” Aguilar, told Mexican police in a taped interrogation released to the public that his organization was getting weapons directly from the U.S. government.

New revelations also indicate that American taxpayers were even financing the cartels’ arms acquisitions through multiple federal agencies. And available evidence shows that approval for the programs reached into the highest levels of the Justice Department and other parts of the Obama administration.

The Bureau of Alcohol, Tobacco, Firearms and Explosives (still known as ATF) officially claimed that “Fast and Furious” was an effort to track guns and arrest higher-ups involved in Mexico’s criminal underworld. But after the scheme was publicly exposed, countless analysts and whistleblowers questioned that excuse.

Many speculated that it may have been a plot to demonize the Second Amendment and impose further restrictions on the rights of law-abiding Americans. Indeed, the process is already well underway — and gun violence in Mexico has been used for years as a primary justification.

But this new twist in the story adds another, even more troubling dimension to the whole plot. The Washington Times claimed that, in an effort to stop a Zetas takeover of Mexico, “Uncle Sam has gotten into bed with the rival Sinaloa cartel, which has close ties to the Mexican military.” According to the article, the Obama administration was essentially taking sides to help keep the Calderón regime in power at any cost.

But if the U.S. government is also coddling and helping the Zetas, that theory cannot be entirely accurate. As more information continues to surface, the questions are growing in number and importance.

In the past, the CIA has been implicated in numerous scandals involving drug and weapons trafficking. From Vietnam and Iran to Latin America, the agency has repeatedly been caught importing narcotics and exporting arms for shadowy and subversive purposes.

Whether segments of the CIA were definitively involved in Mexico’s mayhem remains to be seen. A former DEA agent cited by Narco News raised that possibility last month, but said if the agency was indeed behind the plot, evidence would almost certainly be sealed under the guise of “national security.”

For now, the New York Times reported on August 6 that the Obama administration was sending more CIA operatives to the troubled nation of Mexico. Congress is also currently investigating some elements of the administration’s ever-expanding gun-running scandal.

But as the Washington Times’ piece and various analysts have suggested, it might be time to appoint a special prosecutor and hold officials linked to the chaos and criminality responsible in a court of law. Otherwise, the whole truth may never be known.