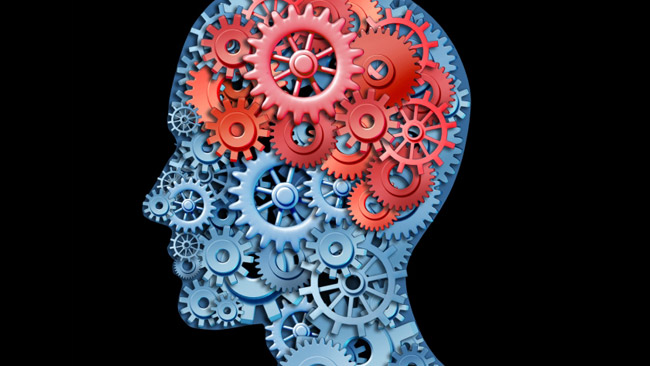 If you like to express yourself through painting, writing, or any other form of artistic action, scientists now say that you must be suffering from a mental illness of some kind. In a new display of how truly insane the mainstream medical health paradigm has become, mainstream media outlets are now regurgitating the words of ‘experts’ who say that those who are creative are actually, more often than not, mentally ill.

After all, more than 50% of the United States is, by definition of the psychiatrists of the nation, mentally ill. Even questioning the government is considered a mental disorder. It should come as no surprise to know that upwards of 70% of the psychiatrists who write the conditions are — of course — on the payroll of those who produce the drugs to ‘treat’ the conditions. It should also therefore come as no surprise to note that the DSM (the Diagnostic and Statistical Manual of Mental Disorders, which is the foundation of the entire diagnosis system) now contains over 900 pages of bogus disorders.

And perhaps creativity may soon be added to the massive textbook, which labels people who are shy, eccentric, or have unconventional romantic lives as mentally ill.

Is it any wonder that the 4th edition of the manual, which added hundreds of new ways to diagnose patients, led to a 40 times increase in bipolar disorder diagnoses. Even the lead editor of the DSM-IV Allen Frances, MD, has stated the book is utter nonsense:

There is no definition of a mental disorder. It’s bull****. I mean, you just can’t define it, he said.

Real information like this is what has led the mainstream news to re-title their pieces regarding the new classification of creativity as a mental illness, changing the headlines to more ‘ginger’ ways of linking the two together. Meanwhile, the writers of the study claiming that creativity is part of a mental illness are quite clear in stating that creativity is literally a mental illness. The extent in which you wish to ‘treat’ your creativity, however, is apparently up to you and your doctor.
Be of caution, however, as you have to decide at ‘what cost’ you will allow your creativity to exist. As the study writer stated:

If one takes the view that certain phenomena associated with the patient’s illness are beneficial, it opens the way for a new approach to treatment. In that case, the doctor and patient must come to an agreement on what is to be treated, and at what cost.

As expected the way to ‘treat’ your creativity is of course to take pharmaceutical drugs in the form of anti-depressants or hardcore psychotropic drugs. The same drugs that virtually all suicidal massacre shooters have taken before or during their rampages.

As virtually everything we think and do is classified as a symptom of a mental disorder, the mainstream psychiatric paradigm will continue to grow like a massive parasite alongside the pharmaceutical industry that profits off of the absolute laughable diagnoses of regular adults, children, and even toddlers. Until we realize that we need to shift into a new health paradigm that is centered around personal health freedom and shed corporate science as a whole, we will continue to see insane headlines classifying thought and emotion as mental illness.