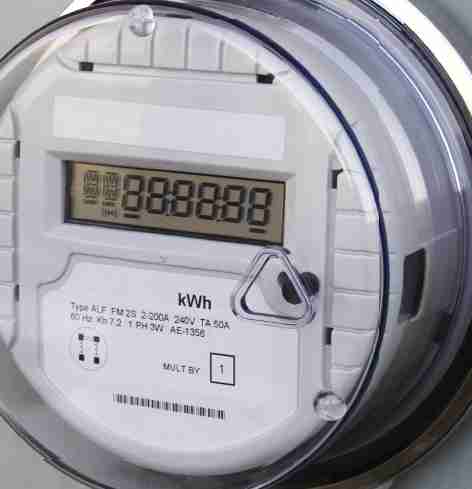 SANTA CRUZ, CA—Just as PG&E enters the final phase of its deployment of wireless “smart” meters in California, the largest of the state’s Investor Owned Utilities (IOU’s) has reversed course, quietly beginning to replace the ‘smart’ meters of those reporting health impacts with the old trusty analog version.  Consumer rights and health groups immediately seized on the news, demanding that millions of Californians unhappy with their new wireless meters get their analogs returned immediately at no cost.

‘Smart’ meters are new wireless utility meters being installed as part of the “smart” grid initiative, spearheaded by technology firms and backed by the Obama administration and the Department of Energy.  Promises ranging from lower utility bills to enhanced renewable generation capacity have failed to materialize, with widespread reports of higher bills, privacy violations, fires and explosions, and commonly reported health impacts such as headaches, nausea, tinnitus, and heart problems associated with powerful wireless transmissions.   Widely disparate political groups- from members of the Green Party to the Tea Party and Occupy protesters have attacked the program, and dozens of grassroots organizations have sprouted up over the past several months to fight what they call an undemocratic, unconstitutional and dangerous assault on people in their own homes and neighborhoods.  Dozens of people have been detained or arrested for peaceful civil disobedience and even simply speaking out against deployments.

In California, more than 47 cities and counties have demanded a halt to installation, and a dozen local governments have passed laws prohibiting the controversial technology. [2]The ‘smart’ meter issue has further angered a public already seething at the utilities over repeated gas explosions, safety breaches at nuclear reactors, and an increasingly extortionate rate structure.  Word of California’s ‘smart’ meter nightmare has spread across the country and around the world, prompting some utilities to place smart meter plans on hold, and recently Nevada’s PUC to call for investigations into the health effects and other smart meter problems.

Now in a dramatic turnaround that could signal the beginning of a widespread recall of wireless ‘smart’ meters, on October 28th PG&E re-installed a classic spinning disc analog meter on the home of Santa Cruz, CA resident Caitlin Phillips, who had been suffering headaches and other symptoms from her ‘smart’ meter.   The move comes in response to verbal directives from the California Public Utilities Commission President Michael Peevey, who recently told members of the public that the utility “will provide for you to go back to the analog meter if that’s your choice.”  The CPUC has been slow to respond to thousands of ordinary citizens reporting health effects from the new meters.

When a Wellington Energy installer (contracted with PG&E) came to install a smart meter at her home, Caitlin asked the installer to get off her property and not install, because of what a neighbor had told her about possible health damage and privacy violations.   “When I returned home later, I discovered a smart meter on my house.   That night I awoke to severe anxiety, headache, and buzzing in my teeth, and realized the new smart meter was on the other side of the wall from my bed.”  Caitlin reported her experience to PG&E and the CPUC, who both declined to rectify the situation.  When the symptoms persisted, Caitlin sought the assistance of the Scotts Valley based group Stop Smart Meters! who provided an analog meter and referred her to a professional who could help her remove her ‘smart’ meter.  As soon as the analog was installed, Caitlin’s symptoms disappeared.

Frustrated and outraged about her treatment by the utility and the PUC, Caitlin travelled to San Francisco to speak at a commission meeting on Oct. 20th.   About a week later, PG&E crews were at her house replacing her temporary analog meter with a brand new official PG&E analog meter.  This is believed to be the first time PG&E have willingly replaced an analog meter on the home of someone suffering from health effects.

An “opt-out” proceeding overseen by an Administrative Law Judge is underway at the CA Public Utilities Commission, yet those suffering (in some cases severe) health impacts have been stuck in limbo as utilities refuse to remove the harmful meters upon request- until now.

“There are hundreds of thousands- if not millions- of people suffering in their homes from forced ‘smart’ meter radiation,” said Joshua Hart, Director of the grassroots organization Stop Smart Meters!  “The utilities and PUC’s must respond promptly to all requests that analogs be returned.  The alternative is that people will increasingly turn to independent professionals to remove unwanted ‘smart’ meters from their homes, a reasonable action we assert is within our legal rights. Protecting your family’s health is not tampering.”

PG&E and other utilities have also been responding to health complaints by replacing wireless ‘smart’ meters with digital meters that are “wireless-ready.”  These digital meters have been associated with health problems from “dirty electricity” frequencies that pass into a home via the electrical wiring.  These “trojan horse” meters have been roundly rejected by those who report continuing health impacts after installation. Susan Brinchman, Director of San Diego based Center for Electrosmog Prevention. said “At this point, the burden of responsibility is on the utilities to demonstrate that any new meter they want to install on our homes is safe.  Communities have the right to retain analog meters at no extra charge.  Period.”