Super Secret Hypersonic Aircraft Flew Out of Its Skin 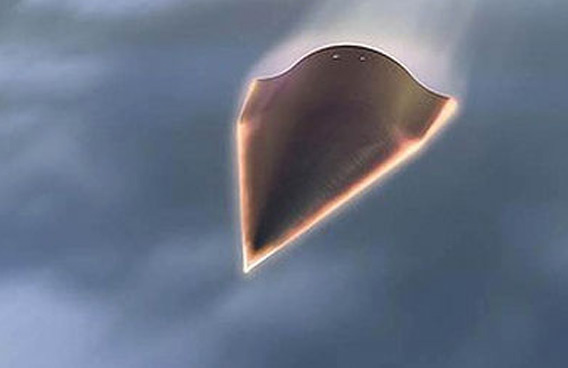 It turns out that tearing through the atmosphere at 20 times the speed of sound is bad for the skin, even if you’re a super high-tech aircraft developed by the government’s best engineers at its far-out research agency.

DARPA, the Defense Advanced Research Project Agency, has made public its best guess about what might have caused its unmanned arrowhead-shaped Hypersonic Technology Vehicle (HTV-2) to suddenly lose contact and crash in the Pacific just a few minutes after slicing through the sky at Mach 20 last August: it was going so fast its skin peeled off.

After an eight-month investigation, DARPA concluded that even though the HTV-2 was expected to lose some of its skin mid-flight, “larger than anticipated portions of the vehicle’s skin peeled from the aerostructure,” the agency said in a statement Friday.

The agency said it expected the HTV-2, which goes so fast it can make the commute from New York to Los Angeles in 12 minutes, to experience “impulsive shock waves” at such speeds, but shocks it experienced last August were “more than 100 times what the vehicle was designed to withstand.”

While the test was very public, the details of the HTV-2′s design, stability system and potential purpose remain highly classified.

Two months after DARPA’s test, the Army tested its own hypersonic aircraft — this one a long-range weapon system called the Advanced Hypersonic Weapon (AHW) designed to strike any target in the world in just a couple hours.