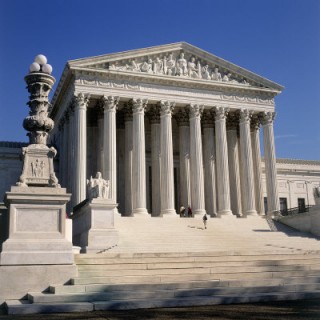 The US Supreme Court unanimously decided that foreign political organizations and multinational corporations cannot be sued for the torture or extrajudicial killing of persons abroad under an anti-torture law passed in 1992. The law only gives people the right to sue “an individual,” “who acted under the authority of a foreign nation,” according to the Los Angeles Times.

The decision came in a lawsuit filed by the family of a US citizen, Azzam Rahim, who was tortured and killed in the Palestinian Territory by Palestine Liberation Organization (PLO) intelligence officers. It was Justice Sonia Sotomayor, who President Barack Obama appointed to the Supreme Court, that spoke for the decision. She explained the text of the Torture Victims Protection Act of 1991 “convinces us that Congress did not extend liability to organizations, sovereign or not. There are no doubt valid arguments for such an extension. But Congress has seen fit to proceed in more modest steps in the Act, and it is not the province of this branch to do otherwise.”

This outcome is not just a blow for the family of Rahim but also those concerned with human rights. If one considers the intent of the law, it seems like Rahim’s family should not have been scoffed at as they were for bringing the lawsuit. (Chief Justice John Roberts laughed at the lawyer for the family, Jeffrey Fisher, during arguments in Court.)

President George H.W. Bush, who signed the law, intended this to be legislation that would push Congress to ratify the Convention Against Torture:

The law was already considered a law that would not apply to the US Armed Forces or law enforcement operations that were carried out under US law.

UN Special Rapporteur on Torture Juan Mendez submitted a brief to the court in support of Rahim that outlined the fact that the Torture Convention is supposed to help “prevent torture” by “persons who act, de jure or de facto, in the name of, in conjunction with, or at the behest of the State Party.” In other words, being a government official doesn’t make one immune to prosecution. Any person who is complicit or participates in torture is to be criminalized. There are to be civil remedies in place to compensate and give justice to victims of torture. What this ruling does then is undercut the United States’ responsibility to uphold the Torture Convention.

Aside from the reality that the US government finds it has no obligation to do what signatories to the Torture Convention are expected to do, the ruling is troublesome on another level because the comments from Supreme Court justices suggest if the family of Rahim knew the names of people that had tortured and killed him then they might not have had a weak case.

Now, against scholarly understanding of international law, the Court has effectively rendered precedents where non-state actors, like corporations, have been held liable for torture moot. As the Yale Law School Center for Global Legal Challenges demonstrates in a brief, they are contradicting the US State Department policy:

It was already difficult for torture victims to win lawsuits. In December 2011, a federal judge dismissed a lawsuit by a former Guantanamo detainee claiming US military officials had tortured him repeatedly. A federal appeals court dismissed torture cases against Abu Ghraib contractors in September 2011. The Ninth Circuit dismissed a suit against Jeppesen Dataplan that alleged they had “knowingly aided in the rendition and subsequent torture of terror suspects by the CIA,” after the Obama Justice Department invoked a state secrets privilege. A federal appeals court did allow a lawsuit against former Secretary of Defense Donald Rumsfeld for authorizing torture to move forward, but a district court dismissed another lawsuit against him for authorizing the torture of detainees by US military personnel in Iraq and Afghanistan. And, months before that, a lawsuit brought by convicted terrorist Jose Padilla against US Defense Secretary Robert Gates and Rumsfeld for their role in his torture and isolation on a Navy military brig was thrown out and the Obama Justice Department determined that Bush administration lawyers that had crafted legal justification for torture had engaged in no “professional misconduct.”

If torture is illegal, it is only prohibited from being expressly included in policies of agencies or departments. It most certainly is something agents, military personnel and government officials can engage in and avoid prosecution. Given that reality, the narrow interpretation is not necessarily surprising. Using this case to create a precedent that grants cover to corporations that engage in torture is in line with the culture of impunity that has been fostered by US government. Unfortunately, if torture victims want justice, the United States is one of the last countries they should turn to for reparations at this point in history.