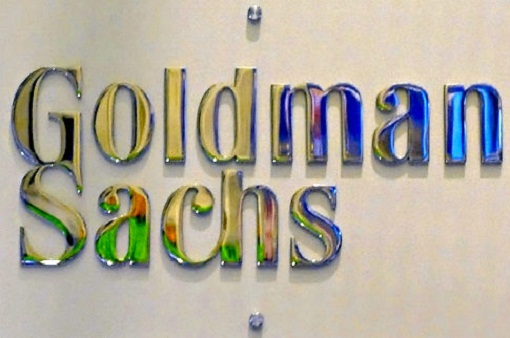 Much has been written these past few days about allegations of impropriety at Goldman Sachs. For example, I commented on the Parasitic Behavior of Goldman to Its Clients.

Some defended Goldman, however, there really is no defense. Worse yet, the problem goes far beyond Goldman to Merrill Lynch, Citigroup, Bank of America, Morgan Stanley, and for that matter everywhere else one looks.

I will get into specifics in a bit, but first consider an email from Timothy who writes

I just had to comment on your post. My dad lost 100’s of thousands in GM bonds. He was a 30 year client of Merrill Lynch.

His portfolio is always 100% invested.  That’s the Wall Street psychology.

Yes Timothy, that is the philosophy because it benefits Wall Street, not the client. Moreover, I am not surprised in the least by the pimping of GM.

Underwriters get paid to pimp garbage. They do not care what fools, pension plans, or widows on their last dime they sucker in. All they are concerned with is pimping the bond, pimping the IPO, and pimping whatever “trading” portfolio the corporation has to whatever suckers they can find.

Please consider General Motors and the Intellectual and Moral Bankruptcy of Wall Street by by Karen De Coster and Eric Englund on Lew Rockwell.

On June 25, 2007, Wall Street powerhouse Morgan Stanleyput out a “buy” recommendation with respect to General Motors’ common stock. Robert Barry, Morgan Stanley’s star analyst, proclaimed a 52-week target price of $42 per share. Less than five months later, on November 7, 2007, Wall Street analysts were stunned by General Motors’ staggering third-quarter (9/30/07) loss of $39 billion — one of the largest bookkeeping losses in history, which was mostly related to the writedown of deferred tax assets.

Fifty-three weeks after Morgan Stanley’s buy recommendation, GM’s stock hit a 54-year low of $9.98 per share — on July 2, 2008, after Merrill Lynch’s recommendation had gone from a “buy” to “underperform” (i.e., sell) on that day. In one sweeping move overnight, Merrill Lynch analyst John Murphy cut his target price on GM by a whopping 75%, reducing the target price from $28 to $7. So how is it that GM suddenly went from respectability to mediocrity — in one analyst’s mind — overnight? In fact, why did it take until July 2008 to concede that GM was on life support? Wall Street, belatedly, is willing to acknowledge the fact that General Motors is teetering on theverge of bankruptcy.

Accordingly, key questions come to the forefront. How did any stock analyst, worth his salt, get blindsided by the aforementioned $38.3 billion writedown of deferred tax assets? Are Wall Street’s Ivy League-educated MBAs able to comprehend advanced accounting and finance? Has rigorous security analysis, on Wall Street, been supplanted by self-serving cheerleading and inane platitudes with the objective of transferring wealth from the masses to the Wall Street elites?

For Wall Street analysts to claim “surprise” at GM’s massive deferred tax asset writedown, during fiscal year 2007, and to finally discuss (in mid-2008) General Motors’ financial condition in terms of a possible bankruptcy, indicate that low-level fluff is easily passed on to Main Street “investors” under the guise of serious analysis.

The point here is that GM is so unprofitable that its top-level management realized they had to come clean and write down the value of its deferred tax assets because it became completely unpredictable as to when the company would actually return to making a profit, and thus use that tax asset against any future tax liability it incurs.

So, just how savvy are some of Wall Street’s best and brightest analysts? Nine days before GM’s deferred tax asset writedown bombshell, UBS upgraded its rating of GM to a “buy.” On September 13, 2007, Citigroup initiated coverage and issued a buy recommendation. Other Wall Street heavyweights, in 2007, that had weighed in with “upgraded” opinions of GM included Banc of America Securities, Goldman Sachs, J.P. Morgan, Lehman Brothers, and Deutsche Securities. One must heed Graham and Dodd’s words as to what purpose is behind a securities analyst’s recommendation. But then again, Wall Street analysts long ago abandoned their roles of providing independent expertise, and instead turned to selling their firm’s investment banking services.

I invite you to read the rest of that damning exposé because there is plenty more to the story. Moreover, the story goes far beyond what is credible for a simple “stupidity” explanation.

Unfortunately, the pimping of GM stocks and bonds when GM was clearly headed towards bankruptcy is exactly the kind of “semi-soft fraud” that no one can prove.

A Word on Conflict of Interest and Bias

I am biased. So is John Hussman; So is Barry Ritholtz; So is Marc Faber; So is Jim Chanos; So is everyone else. We all are. It’s impossible to not be biased by something.

Therein lies the rub. Wall Street pimps and whores have no fiduciary responsibility to clients but they do have a vested interest to peddle compete garbage to anyone and everyone.

For that reason, I am strongly in favor of  a “hard” wall between giving investment advice and offering securities to trade. Clearly the “soft promise” by Wall Street that “we won’t do it” is insufficient.

Interestingly, independent investment advisors such as myself  do have a hard legal requirement of fiduciary responsibility.

However, Wall Street pimps and whores do not have a legal requirement for fiduciary responsibility. Instead they duck and hide under “suitability” clauses.

That does not mean I will always be right, and indeed I guarantee you in advance I won’t be. However, I will guarantee you that I will not recommend anything I do not believe to be in the best interest of clients.

GM bonds, rating agency garbage, IPO mania, Beat-the-Street hype, and “Strong Buy” hysteria while insiders unload and firms actually bet against advice given to clients are proof of the pudding.

The fraud and the greed speaks for itself.
Read more: http://globaleconomicanalysis.blogspot.com/2012/03/wall-street-pimps-and-whores-story.html#ixzz1sjDfnRGY