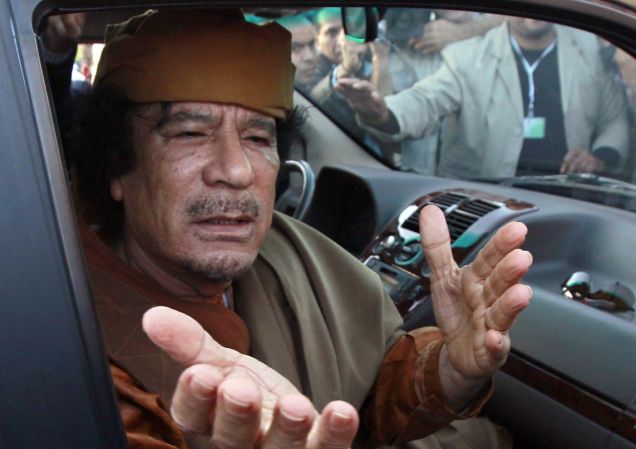 The UK’s intelligence-sharing relationship with Muammar Gaddafi’s Libyan regime before its collapse last year has come under new scrutiny amid claims MI5 handed on defectors’ details and MI6 colluded in an operation to ensnare Islamic extremists.

According to the Mail on Sunday, agents for the British Secret Service supplied confidential information to their Libyan counterparts about people who had fled Gaddafi.

And the Sunday Telegraph claims that MI6 worked in conjunction with Libya to set up a radical mosque in a western European city to lure in al-Qaida terrorists.

Both stories are the result of previously unreleased classified documents in Libyan archives being disclosed by the new government in Tripoli.

The Home Office said it would ‘take seriously’ any allegations against the security services.

A spokeswoman told the BBC that parliament’s Intelligence and Security Committee was already evaluating the government’s relationship with Libya and would ‘take account of any allegations raised’.

‘We do not know the full details of this case, but we take such claims seriously,’ she said.

Lawyers for Abdel Hakim Belhadj claim Mr Straw personally permitted his rendition to Libya when the former rebel sought asylum in the UK in 2004.