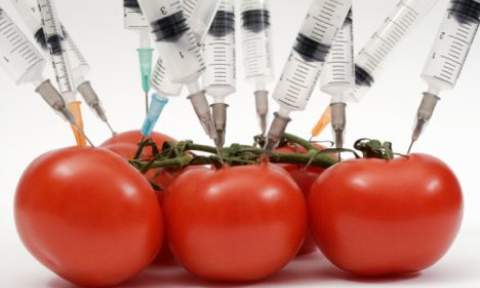 If you thought Monsanto’s lack of testing on their current GMO crops was bad before, prepare to now be blown away by the latest statement by the USDA. Despite links to organ damage and mutated insects, the USDA says that it is changing the rules so that genetically modified seed companies like Monsanto will get ‘speedier regulatory reviews’. With the faster reviews, there will be even less time spent on evaluating the potential dangers. Why? Because Monsanto is losing sales with longer approval terms.

The changes are expected to take full effect in March when they’re published in the Federal Register. The USDA’s goal is to cut the approval time for GMO crops in half in order to speedily implement them into the global food supply. The current USDA process takes longer than they would like due to ‘public interest, legal challenges, and the challenges associated with the advent of national organic food standards‘ says USDA deputy administrator Michael Gregoire.

According to the United States Department of Agriculture, problems like public interest (activist groups attempting to bring the dangers of GMO crops to light), legal challenges (farmers suing Monsanto over genetic contamination), and national food standards are all getting in the way of their prime goal — to helpMonsanto unleash their latest untested GMO creation. In fact, the concern is that Monsanto may be losing cash flow as nations like Brazil speed genetically modified seeds through laughable approval processes.

Steve Censky, chief executive officer of the American Soybean Association, states it quite plainly. This is a move to help Monsanto and other biotechnology giants squash competition and make profits. After all, who cares about public health?

“It is a concern from a competition standpoint,” Censky said in a telephone interview.

The same statements are re-iterated by analyst Jeff Windau in an interview with Bloomberg:

“If you can reduce the approval time, you get sales that much faster,” said Windau

If you can reduce the approval time, as in the time it takes to determine if these food products are safe, then you can get sales much faster. Is the USDA working for the United States consumer, or is it working for Monsanto?