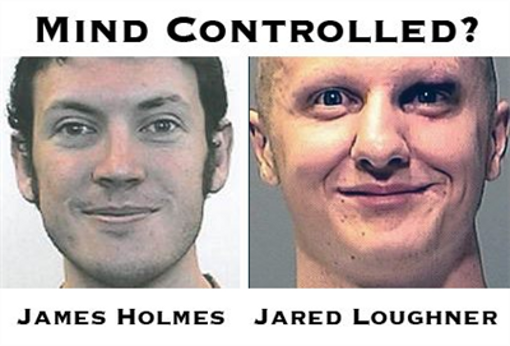 WASHINGTON — James Holmes, the 24-year old suspect in the mass shooting of Batman “The Dark Knight Rises” movie goers in Aurora, Colorado that left 12 people dead and 58 injured, has had a number of links to U.S. government-funded research centers. Holmes’s past association with government research projects has prompted police and federal law enforcement officials to order laboratories and schools with which Holmes has had a past association not to talk to the press about Holmes.

Holmes was one of six recipients of a National Institutes of Health Neuroscience Training Grant at the University of Colorado Anschutz Medical Campus in Denver. Holmes is a graduate of the University of California at Riverside with a Bachelor of Science degree in neuroscience. Although Holmes dropped out of the PhD neuroscience program at Anschutz in June, police evacuated two buildings at the Anschutz center after the massacre at the Aurora movie theater. Holmes reportedly gave a presentation at the Anschutz campus in May on Micro DNA Biomarkers in a class titled “Biological Basis of Psychiatric and Neurological Disorders.”

Initial reports of Holmes having an accomplice in the theater shooting have been discounted by the Aurora police. However, no explanation has been given by police why the Anschutz campus buildings were evacuated after Holmes was already in custody in the Arapahoe County jail.

In 2006, at the age of 18, Holmes served as a research intern at the Salk Institute at the University of California at San Diego in La Jolla. It is noteworthy that for the previous two years before Holmes worked at the Salk Institute, the research center was partnered with the Defense Advance Research Projects Agency (DARPA), Columbia University, University of California at San Francisco, University of Wisconsin at Madison, Wake Forest University, and the Mars Company (the manufacturers of Milky Way and Snickers bars) to prevent fatigue in combat troops through the enhanced use of epicatechina, a blood flow-increasing and blood vessel-dilating anti-oxidant flavanol found in cocoa and, particularly, in dark chocolate.

The research was part of a larger DARPA program known as the “Peak Soldier Performance Program,” which involved creating brain-machine interfaces for battlefield use, including human-robotic bionics for legs, arms, and eyes. DARPA works closely with the Defense Science Office on projects that include the medical research community. Fitzsimons was at the forefront of DARPA research on the use of brain-connected “neuroprosthetic” limbs forsoldiers amputated or paralyzed in combat.

According to his LinkedIn profile, James Holmes’s father, Dr. Robert Holmes, who received a PhD in Statistics in 1981 from the University of California at Berkeley, worked for San Diego-based HNC Software, Inc. from 2000 to 2002. HNC, known as a “neural network” company, and DARPA, beginning in 1998, have worked on developing “cortronic neural networks,” which would allow machines to interpret aural and visual stimuli to think like humans. The cortronic concept was developed by HNC Software’s chief scientist and co-founder, Robert Hecht-Nielsen. HNC merged with the Minneapolis-based Fair Isaac Corporation (FICO), a computer analysis and decision-making company. Robert Holmes continues to work at FICO.

It has also emerged that Holmes, when he was 20, worked as a camp counselor at Camp Max Straus of the Jewish Big Brothers and Sister of Los Angeles. According to the Jewish Journal, among other tasks, Holmes helped to teach boys between the ages of 7 to 10 archery. In another unusual detail, the car Holmes used to drive to the Aurora movie theater had Tennessee plates. Holmes is originally from San Diego.

James Holmes is the grandson of Lt. Col. Robert Holmes, one of the first Turkish language graduates of the Army Language School, later the Defense Language Institute, in Monterey, California. Graduating from the Turkish language class in 1948, Holmes spent a career in the Army, which likely included more than a few intelligence-related assignments. Typically, U.S. military officers conversant in Turkish served with either the Defense Intelligence Agency or the Central Intelligence Agency at either the U.S. embassy in Ankara or the Consulate General in Istanbul, or both.

Terrence Sejnowski, the Francis Crick Professor at the Salk Institute for Biological Studies and the director of the Computational Neurobiology Laboratory, in an interview with Cognitive Science Online in 2008, had the following comment about recent studies of the human brain: “Alan Newell [cognitive psychology researcher at the intelligence community-linked RAND Corporation] once said that when AI [artificial intelligence] was founded not enough was known about the brain to be of any help and in the early 1980s, symbol processing was the only game in town. That has changed and we now know a lot about the brain, perhaps more than we need to know [emphasis added].”

More than we need to know!

The links between the younger and elder Holmes and U.S. government research on creating super-soldiers, human brain-machine interfaces, and human-like robots beg the question: “Was James Holmes engaged in a real-life Jason Bourne TREADSTONE project that broke down and resulted in deadly consequences in Aurora, Colorado?” In any event, if the Batman movies are now serving as a newer version of J.D. Salinger’s Catcher in the Rye subliminal messaging triggering mechanism, — Salinger’s novel was of interest to a number of American political assassins — keep in mind that August 10 is the opening date of The Bourne Legacy. It may be wise to skip that film in the theater for a while.