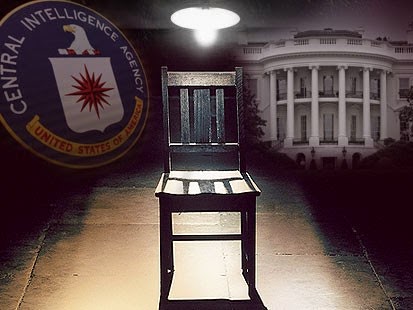 CIA Torture Pseudonyms Update: The “Associates” of “Company Y” are now known, as is “CIA officer 2.” Additional people and details have become known.

The press has been hard at work uncovering the pseudonyms used and nailing down the true identities of the site. I compile them here.

The most important outstanding questions: who are Detainees “R” & “S,” and where is detention site “red?” While I feel pretty strongly about redacting the names of low-level personnel from the NSA slides, which are technical in nature, I have zero interest in protecting torturers. The public has a right to know where these black sites were, and the detainees deserve a name and a fair trial.

RED – This could be an additional site in one of the above countries, or someplace entirely different. It is mentioned only once in the report, on page 140 of 499, and the entry is almost entirely redacted.

It should be noted that there is no “Company X” in this report, I found this peculiar. It seems that there should be one, and as it happens there are several shady “Companies’ known: “Premier Executive Transport Services” Incorporated in Dedham Massachusetts, is known to have been part of the CIA rendition program. The names of its officers include “Coleen Bornt,” “Brian Dice” and “Tyler Edward Tate.” These are fictitious people.

[Redacted] – Ron Czarnetsky, CIA Chief of Station on Warsaw, Poland from 2002 to 2005. This would make him responsible for site BLUE.

[no mention] Alfreda Frances Bikowsky – Made herself involved in Waterboarding in Poland (BLUE) in March of 2003. Took trip unassigned and on own dime. Was “scolded” and told it “wasn’t supposed to be entertainment.” Would have been there at the same time as Mitchell and Jessen.

Person 1 – al-Ghuraba group member, with an interest in airplanes and aviation. “intelligence indicates the interest was unrelated to terrorist activity.”