Gun Owners: Invasions of Privacy & How to Properly Answer Questions 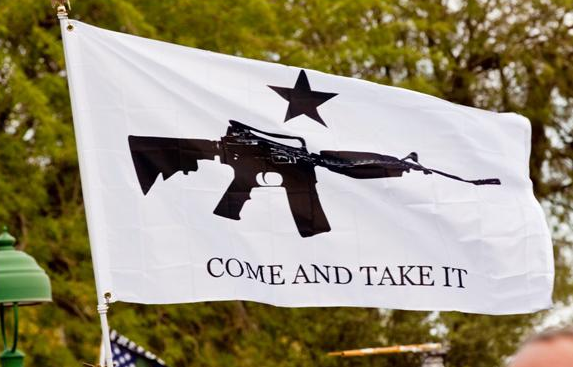 A common Rule of Thumb….when ever a bureaucrat asks you a question, a safe “answer” is to ask them a question in return. Be polite, but be firm. They often want to extract information out of you without you being the wiser. There is no transparency in the manner of their interaction with you. A good example of this is in the article below….here is what I do. You do what you want.
Example:  Did you know you were speeding back there ?
answer: Was I speeding ?
What is your name ?
Is there a problem officer ?
Where are you going ?
Is there a problem officer ?
Can I look in your trunk ?
Do you have a warrant ?
Why can’t I just answer the question and be safe? In law if you answer the question [ANY QUESTION], you have “joined the issue”, meaning that you have unwittingly become a part of the officer’s jurisdiction. To “join” means to become part of an alliance, or to enter into an alliance. You have constitutional protections to guard against such intrusions into your privacy. To be safe, just follow the simple Rule of Thumb. Disclaimer: This is not to be construed as legal advice.  Do you own a gun ?  Why do you need to know ?  Keep it simple.  Stop the intrusion into something they have no business asking.
The Patriot Act was passed by both Houses.  Don’t help them reduce your freedom.
In the article below, use your best judgment….or you might find yourself where you don’t want to be.
Another way of finding out our “PRIVACY”
Never answer the question….
Do you have a gun in the house ?  Why do you need to know ?

When I had my gangrene gallbladder taken out and spent 10 days in the hospital for what should have been an overnight stay the insurance company kicked me out.  I had home nurse visits for two weeks and was asked if I had guns in the house.  I respond that if I did I would not tell them.  So the below has some merit.

FYI, I am passing this along… there are comments from two other people I have also been asked if we keep guns in the house.  The nurse just kinda slipped it in along with all the other regular questions.  I told her I refused to answer because it was against the law to ask.

Everyone, whether you have guns or not, should give a neutral answer so they have no idea who does and who doesn’t.  My doctor asked me if I had guns in my house and also if any were loaded.  I, of course, answered yes to both questions.  Then he asked why I kept a loaded gun close to my bed.  I answered that my son, who is a certified gun instructor and also works for Homeland Security, advised me that an unloaded, locked up gun is no protection against criminal attack.

The Government now requires these questions be asked of people on Medicare, and probably everyone else.

Just passing this along for your information: I had to visit a doctor other than my regular doctor when my doctor was on vacation.. One of the questions on the form I had to fill out was: Do you have any guns in your house?? My answer was None of your damn business!!

So it is out there !  It is either an insurance issue or government intervention.  Either way, it is out there and the second the government gets into your medical records (as they want to under Obamacare) it will become a major issue and will ultimately result in lock and load !!

Please pass this on to all the other retired guys and gun owners… Thanks, from a Vietnam Vet and retired Police Officer:  I had a doctor’s appointment at the local VA clinic yesterday and found out something very interesting that I would like to pass along.  While going through triage before seeing the doctor, I was asked at the end of the exam, three questions: 1. Did I feel stressed ?  2. Did I feel threatened ?  3. Did I feel like doing harm to someone ?

The nurse then informed me that if I had answered yes to any of the questions I would have lost my concealed carry permit as it would have gone into my medical records and the VA would have reported it to Homeland Security.

Looks like they are going after the vets first.  Other gun people like retired law enforcement will probably be next.  Then when they go after the civilians, what argument will they have ?  Be forewarned and be aware.  The Obama administration has gone on record as considering veterans and gun owners potential terrorists. Whether you are a gun owner, veteran or not, YOU’VE BEEN WARNED !

If you know veterans and gun owners, please pass this on to them.  Be very cautious about what you say and to whom.

Could You Survive Being Sent To A FEMA Camp?

5 Things Everyone Should Know