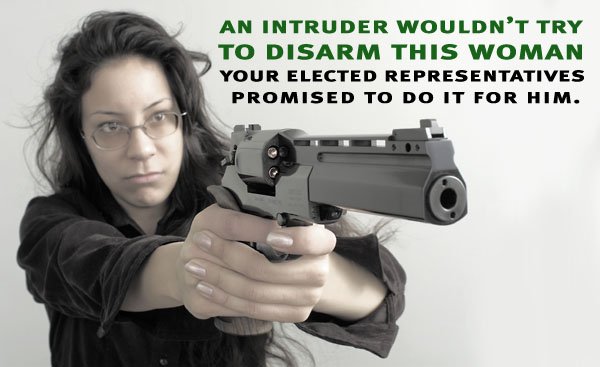 Angered that she had just broken up with him, he sent her a text message saying that he planned to go to the restaurant where she worked and “shoot somebody.”

Before she could warn patrons at the restaurant Garcia entered and started shooting.

One bullet slightly wounded one patron while others scattered out the exit doors and headed for the safety of the theater lobby across the mall. Garcia chased them and continued shooting.

This got the attention of an armed off-duty law-enforcement officer who was working at the theater, Bexar County sheriff’s Sgt. Lisa Castellano, who chased Garcia to the back of the theater where he ducked into the men’s room.

When he emerged, Castellano shot him four times which immediately and effectively ended the threat. Garcia was handcuffed with the help of another off-duty officer and taken to the hospital where he was listed in stable condition.

He was charged with attempted capital murder of a police officer and aggravated assault with a deadly weapon, and his bail was set at $1 million.

“The shooting immediately sparked fears of a mass slaying like the one in July that killed 12 people and injured 58 at a movie theater in Aurora, Colorado.” She included a quote from one Cassandra Castillo, the mother of the theater’s projectionist, who was worried about her son’s safety in the incident. Said Castillo, “It brings back memories of the other theater shooting and the elementary school shooting. You think only the worst.”

But the national media ignored this story, even though the shooting occurred just two days after the Newtown shooting. It wasn’t just a case that (thankfully) no one was killed in the San Antonio incident.

Very likely, no one was killed because of the timely intervention of the armed off-duty officer. If the media were honestly looking for solutions to gun violence, they should have jumped on the San Antonio to show the difference a good person with a gun can make.

But they didn’t, apparently because it does not fit the narrative that the mainstream media promote — that is, that guns cause violence rather than prevent it.

In their coverage of the Aurora theater tragedy, the media made much of the weaponry used by James Holmes and his ability to purchase his weapons and his body armor and ammunition online without difficulty. The coverage pointed to the horrors of Holmes’ “assault” weapons as the cause of the tragedy while ignoring that the theater was a “gun-free zone.”

No suggestion was ever made that the gun-free zone mandated by the theater made it an attractive target for Holmes because he knew he would meet no resistance.

Though they gave the Aurora theater shooting mega-publicity and spun it in a way that meshed with their anti-gun agenda, the major media almost completely ignored another Aurora shooting that occurred last April.

In the little-reported shooting, 29-year-old Kiarron Parker, after killing his first victim outside an Aurora church, immediately encountered armed resistance from a churchgoer who killed him before he could take any more innocent lives.

The San Antonio theater shooting was neutralized by armed resistance before anyone was killed. The off-duty officer recognized the threat and was trained to meet it and she did — so successfully in fact that the city gave her a medal for her actions.

When Wayne LaPierre, executive director of the National Rifle Association, suggested that potential threats be met with armed resistance in schools so that future massacres can be avoided, the media just scoffed, quoting various gun-control advocates that the last thing needed in schools is more guns.

It widely disseminated President Obama’s comment that he is “skeptical that the only answer is putting more guns in schools … that that somehow is going to solve our problem.”

The April Aurora church shooting and the recent San Antonio theater shooting should be more than enough to persuade all but the most hardened and determined enemies of the Second Amendment that the best thing is for more people to be armed and enabled to resist threats like these, rather than fewer. But the media aren’t listening.

Those incidents don’t fit the narrative.