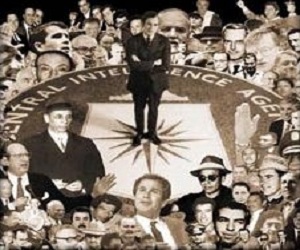 It’s the height of the Cold War and the United States government is desperate to combat the spread of Communism. The CIA launches a highly classified, top secret research program into the covert use of biological and chemical agents. In simulated attacks on enemy populations, entire cities in America are contaminated with bacteria, exposing millions of Americans to germ warfare. But the real focus of the research is on mastering the art of mind control. Psychiatrists at top academic institutions work under secret contract with the agency. Psychiatric patients, prisoners, even unwitting members of the public are exposed to a startling array of experiments designed to facilitate interrogations, induce amnesia and program in new behavior. Every psychological technique is explored, including hypnosis, electroshock therapy and lethal cocktails of drugs. What was the extent of these brainwashing experiments? How did the CIA become involved in such far-reaching and disturbing research? Join us as National Geographic presents: CIA Secret Experiments.