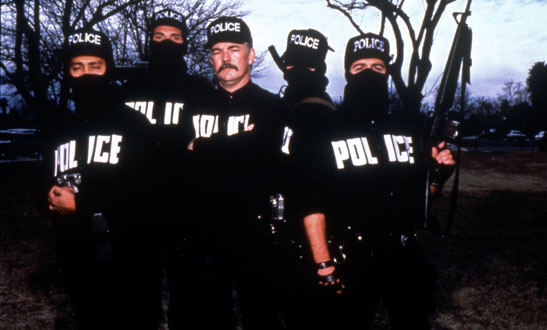 Flex your rights: The top 3 things to do in every police encounter

Dealing with police in the U.S. can be a touchy situation, no matter who you are, where you’re going, or what you’re up to. That’s why three law enforcement experts attending the 2011 Drug Policy Alliance conference in Los Angeles decided to stage a panel discussion about what people can do to prevent police encounters from becoming seriously detrimental to one’s life.

While the conversation was wide-ranging and covered a lengthy variety of topics, there were several main points they all made that can help every single person to deal with police in a manner that limits the potential for arrest or violence.

3. Be cool and be aware
When confronting an officer during a traffic stop, exhibiting anger or frustration at the onset of the encounter can change the outcome dramatically. Remain calm, keep your hands on the wheel and do not reach for your license or insurance papers until directed to. Most importantly, be respectful and do not challenge the officer’s authority directly – that’s what the courtroom is for.

Chino Hardin, an organizer with the Institute for Juvenile Justice Reform and Alternatives, recommended making mental notes of the officer’s words, and getting their name if possible. This information will be invaluable to your defense should you end up under arrest. Hardin also said that department heads will absolutely read formal complaints against their officers, which can often be filed over the Internet. Follow up if you feel your rights have been trampled upon. If an officer has enough complaints registered against him or her, it creates a public record of bad behavior that can be used by lawyers to trigger settlements or pressure management to fire an officer, if necessary.

Pro tip: If it’s night, turn on your vehicle’s interior light to provide the officer with an additional sense of security, and make no movements without first telling the officer what you are reaching for and where it is.

2. Keep quiet and assert your rights
The U.S. Constitution gives every citizen the right to remain silent, even under police questioning. Whether you’re under arrest or not, you do not have to answer police questions, and you are always entitled to a lawyer. Since police can legally lie in order to use a suspect’s words against them, silence is always the best option. Simply inform the officer in a respectful manner that you wish to remain silent and would like to speak with an attorney. You should also politely ask if the officer is detaining you or if you are free to leave.

“You have to own these things,” Hardin explained. “You can’t just [be meek] about it. Police do know when you start asserting your rights. What you want to say is, ‘Am I being detained, or am I free to go?’ Once they say you’re being detained, which means you’re not free to go, then they must have reasonable suspicion to detain you. At that point you can say, ‘What is the reasonable suspicion that you have to detain me?’ Then they will have to articulate it.”

Pro tip: Neill Franklin, the executive director of Law Enforcement Against Prohibition and a former undercover officer in Maryland, told the audience to always be aware of their surroundings during a police stop. If there are any witnesses to the encounter and you do not get arrested, try to reach out to them to discuss the incident immediately after it is over. This is especially important if you plan on filing a formal complaint, as witness corroboration can substantially strengthen your claim.

1. Never consent to searches
Thanks to the nation’s drug policies, invasive searches for contraband substances or firearms are commonplace – but this is also where most people get tripped up. While you cannot tell an officer that you won’t let them search your vehicle or your person, you can say you do not consent, which triggers important constitutional protections under the Fourth Amendment. They may still execute the search, but even if they find contraband or weapons, a lawyer has a better chance at getting the case dropped if you did not give permission.

“The only way to come out ahead is to say, ‘I don’t consent to a search,’” explained Ronald Hampton, former director of the National Black Police Association and a 24-year veteran of the Washington, D.C. metro police. “You have to say that. If you don’t, you’re not protected. If you don’t say that, [your lawyer] can’t represent you. The minute you say that, you’ve set the stage for the legal battle in court. You can’t argue with them on the street. They can be wrong and you can be right, but you can still get hurt.”

Pro tip: If an officer asks you to empty your pockets, respectfully decline and reiterate that you do not consent to any search. Emptying your pockets is the same as saying you consent. The officer may still reach into your pockets if they claim to have felt something that may be a weapon, but by refusing you retain constitutional protections later on.

Stephen C. Webster is the senior editor of Raw Story, and is based out of Austin, Texas. He previously worked as the associate editor of The Lone Star Iconoclast in Crawford, Texas, where he covered state politics and the peace movement’s resurgence at the start of the Iraq war. Webster has also contributed to publications such as True/Slant, Austin Monthly, The Dallas Business Journal, The Dallas Morning News, Fort Worth Weekly, The News Connection and others. Follow him on Twitter at @StephenCWebster.