The Healing Power of Marijuana Has Barely Been Tapped 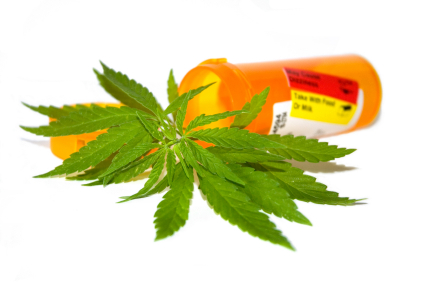 Medical marijuana is now legal in 18 states, but it’s clear we’ve discovered a fraction of its potential for health.

There are now legal medical cannabis programs in 18 states plus Washington, DC, with pot fully legal for adults in two other states. Ironically, however, the actual healing power of the plant has barely been tapped. Smoking marijuana with THC (tetrahydrocannabinol), or better, vaporizing it (using a device to bake the plant material and inhale the active ingredients), has an indisputably palliative effect and can be medically useful for pain relief, calming and appetite stimulation. It already has confirmed benefits against glaucoma, epilepsy and other specific diseases and disorders. It also gets people high. THC triggers cannabinoid receptors in the brain and this produces the sensation of being stoned. These receptors are found in the parts of the brain linked to pleasure, memory, concentration, and time perception.

But, based mostly on research overseas there is an increasing consensus that the medicinal benefits of psychoactive THC pale in comparison to the non-psychoactive cannabidiol (CBD) from the leaves of the same plant–raw and unheated. Depending on the strain, some plants are high in CBD but also contain a lesser amount of THC which is said to enhance the healing potentiality. CBD does not make people feel “stoned” and actually counters some of the effects of THC (for example, suppressing the appetite vs. stimulating it). CBD is beginning to be recognized by researchers at mainstream medical institutions around the world as a potentially very powerful weapon against cancer.
Researchers Sean D. McAllister and Pierre Desprez, who conducted studies of CBD’s effect on cancer cells for California Pacific Medical Center, suggest that these non-psychoactive compounds from the cannabis plant might, in short order, render chemotherapy and radiation distant second and third options for cancer patients. Based on a more recent study, McAllister and Desprez feel that CBD’s “could stop breast cancer from spreading.”
Dr. Donald Abrams, a cancer specialist and professor of integrative medicine at UCSF, conducted early trials involving THC medical cannabis, and now he is excited about the powerful impacts of CBD on cancer cells. The National Cancer Institute was busy researching this in the 1970s, Abrams explains, but restrictions on the use of cannabis for research in the United States resulted in most of the research on this subject disappearing in the U.S., and being picked up in other countries, such as Israel, Spain and Italy. He says existing studies point to a remarkable ability of CBD to arrest cancer cell division, cell migration, metastasis, and invasiveness.
Other studies point to CBD as having great promise as a defense against Alzheimer’s disease. In a 2006 study published in Molecular Pharmaceutics, a team of University of Connecticut researchers reported that cannabis “could be considerably better at suppressing the abnormal clumping of malformed proteins that is a hallmark of Alzheimer’s disease than any currently approved prescription.” The research team predicted that cannabinoid-based medications “will be the new breakout medicine treatments of the near future.”

Medical cannabis has a long history of use, starting in India, and then in China and the Middle East some 6,000 years ago. It came to the West in the 1800s, where it was listed in the U.S. Pharmacopeia until the 1930s. Used for over 100 ailments, cannabis was a favorite of our grandparents for cough remedies, analgesics, and tonics and was available over the counter at every local drugstore as well as companies such as Sears, Roebuck and Co. Banned in 1937 via the Marijuana Tax Act as part of a politically and racially driven prohibition craze, it was gradually removed from the pharmacopeia and research was discouraged and later prohibited via drug scheduling. The FBI linked the herb with insanity and claimed a direct correlation between cannabis and violence, and even death, especially when used by people of color.

Currently, science increasingly recognizes the role that cannabinoids play in almost every major life function in the human body. It wasn’t until 1990 that endocannabinoids, produced by the human body, were discovered to act as a bio-regulatory mechanism for most human life processes and have receptors sites throughout the human body. CB2 receptors are found almost exclusively in the immune system, with the greatest density in the spleen. These CB2 receptors appear to be responsible for the anti-inflammatory and other newly recognized and very significant therapeutic effects of cannabis.
Cannabis medicine has distinct advantages. CBD, as well as THC, can be given in massive doses with no side effects. In fact, it has performed very effectively as an anti-psychotic when given in high doses. CBD selectively targets and destroys tumor cells while leaving normal healthy cells unmolested. On the other hand, chemotherapy and radiation are highly toxic and indiscriminately injure healthy cells in the brain and the body. Industrial hemp is often high in healing CBD and very low in THC. Hemp CBD is a waste product — it’s thrown out by the ton every year when it could easily be harvested for tumor shrinking.
Medical cannabis farm Tikun Olam in Israel has been developing a strain of cannabis that is high in CBD (15.8%) but very low in THC (1%). This new strain is called Avidekel and seems to have the highest CBD to THC ratio of any other variant strain. Zack Klein of Tikun Olam told Reuters: “Sometimes the high is not always what is needed. Sometimes it is an unwanted side effect. For some of the people it’s not even pleasant.”
The THC industry and its users worry that once CBD medicine grows in popularity, the medical badge might be torn from the sticky buds that makes being “stoned” possible. Aside from THC’s significant medical benefits, surely its ability to make people feel happier and less stressed should not be considered without therapeutic value. More likely, all options will thrive, and 1,000 cannabis flowers will blossom: Indica, Sativa, CBD + THC, CBD Only, etc.
Meanwhile, it’s useful to note that since 2003, the U.S. federal government has held a “medical patent” for the marketing of cannabinoids as antioxidants or neuroprotective agents. The patent states that cannabinoids are “useful in the treatment and prophylaxis of wide variety of oxidation associated diseases such as inflammatory and autoimmune diseases. The cannabinoids are found to have particular application as neuroprotectants, for example in limiting neurological damage following ischemic insults, such as stroke and trauma, or in the treatment of neurodegenerative diseases, such as Alzheimer’s disease, Parkinson’s disease and HIV dementia.”
However, stoners may have it all wrong, medically speaking. It is unlikely a person can get a sufficient level of cannabidiol (pronounced kan-nəbə-dī’-ˌȯl) from smoking the raw plant to impact diseases like cancer in a curative manner, says Desprez. The marijuana plant offers many uses, but it may come as a surprise to most users that you have to choose early in a plant’s life if you want it to make you high or to heal you. Research suggests that cannabis is most beneficial when the whole spectrum of cannabinoids are represented, including some THC. It is the ratio of cannabinoids in a specific strain of cannabis that most determines its therapeutic potential. Juicing the cannabis leaves raw, along with some carrots or other green veggies, has proven very beneficial as it involves the ingestion of the acid form of cannabinoids, which are non-psychoactive (even the THC). Cannabis oil also has enthusiastic fans who claim it has cured their cancers.
In India there are still large numbers of people who partake in an ancient practice of having a fresh raw cannabis drink called “Thandai”  in which fresh cannabis leaves are made into a paste along with almonds, milk and sugar. This tasty drink is often consumed at religious festivals, and in some cities the government maintains distribution points for cannabis. A rolled sweet ball with similar ingredients is called “Bhang,” familiar for over a century to many Western seekers walking the ghats of sacred Banaras.
Cannabis edibles in the West are emerging as one of the fastest growing new sectors of the food industry. Dispensaries in 18 states offer such goodies as ice cream, cough drops, peanut butter, honey, saliva tea, and myriad baked goods and savory snacks–all dosed with THC.  Given the huge potential market for non-psychoactive cannabis, the introduction of CBD-rich medicine at the dispensary level has been surprisingly sluggish. Owners have been reluctant to stock CBD-rich strains or edibles because their present customers are seeking —or are not adverse to— cannabis that provides euphoria or sedation. THC content is a known seller. Once the medical benefits of non-psychoactive cannabis become more widely known, one can only imagine the variety and volume of CBD-rich foods that will rush to market.
Smoking, as opposed to vaporization, may be the least effective method of using cannabis as a medicine. But many raw cannabis users are convinced that CBD is the source of medical miracles. Restrictions on research have impacted the accuracy with which we can prescribe cannabis and determine the most effective and least harmful ways to utilize its benefits. Perhaps in the very near future, instead of smoking cannabis to reduce nausea from chemotherapy, cancer patients will be consuming raw non-psychoactive cannabis, and be healed without having to suffer the additional damage of radiation and chemotherapy at all.

Allan Badiner is a writer, activist, and editor of three books: Dharma Gaia: A Harvest of Essays in Buddhism and Ecology, Zig Zag Zen: Buddhism and Psychedelics, and Mindfulness in the Marketplace: Compassionate Responses to Consumerism.

Be Your Own Therapist

Why Walking through a Doorway Makes You Forget

Discovering The Clues Of Synchronicity In The Game Of Life