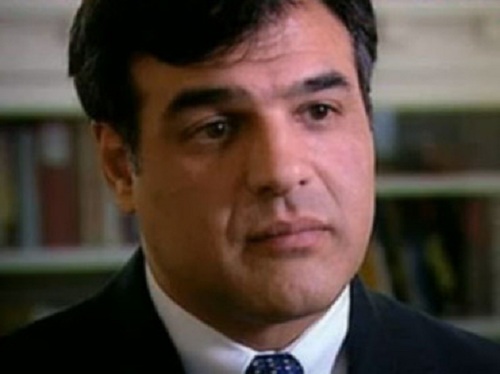 Former CIA agent John Kiriakou pleaded guilty Tuesday morning to crimes related to blowing the whistle on the US government’s torture of suspected terrorists and was sentenced to two-and-a-half years in prison.

The Wall Street Journal reports that Kiriakou, 48, agreed to admit to one count of disclosing information identifying a covert agent early Tuesday, just hours after his attorney entered a change of plea in an Alexandria, Virginia courtroom outside of Washington, DC.

Kiriakou was originally charged under the Espionage Act of 1917 after he went public with the Central Intelligence Agency’s use of waterboarding on captured insurgents in the wake of the September 11, 2001 terrorist attack. On Monday morning, though, legal counsel for the accused former CIA agent informed the court that Kiriakou was willing to plead guilty to a lesser crime.

Initially, Kiriakou pleaded not guilty to the charge that he had outted two intelligence agents directly tied to the drowning-simulation method by going to the press with their identities.

As RT reported last week, defense attorneys had hoped that the government would be tasked with having to prove that Kiriakou had intent to harm America when he went to the media. Instead, however, prosecutors were told they’d only need to prove that the former government employee was aware that his consequences had the potential to put the country in danger.

Had Kiriakou been convicted under the initial charges filed in court, he could have been sentenced to upwards of five decades behind bars.

“Let’s be clear, there is one reason, and one reason only, that John Kiriakou is taking this plea: for the certainty that he’ll be out of jail in 2 1/2 years to see his five children grow up,” Jesselyn Raddack, a former Justice Department official who blew the whistle on Bush administration’s mishandling in the case of “American Taliban” John Walker Lindh, wrote Tuesday.

Kiriakou, Raddack wrote, was all but certain to enter the Alexandria courthouse on Tuesday and plead guilty to the lesser charge of violating the Intelligence Identities Protection Act (IIPA), explaining, “there are no reported cases interpreting it because it’s nearly impossible to prove–for “outing” a torturer.”

“’Outing’ is in quotes because the charge is not that Kiriakou’s actions resulted in a public disclosure of the name, but that through a Kevin Bacon-style chain of causation, GITMO torture victims learned the name of one of their possible torturers,” Raddack wrote. “Regardless, how does outing a torturer hurt the national security of the U.S.? It’s like arguing that outing a Nazi guarding a concentration camp would hurt the national security of Germany.”

Speaking on condition of anonymity, a former government official told Firedoglake recently that the CIA was “totally ticked at Kiriakou for acknowledging the use of torture as state policy” and allegedly outing the identity of a covert CIA official “responsible for ensuring the execution” of the water-boarding program.

Kiriakou “outted” to the reporters the identities of the CIA’s “prime torturer” under its Bush-era interrogations, Firedoglake wrote. “For that, the CIA is counting on the Justice Department to, at minimum, convict Kiriakou on the charge of leaking an agent’s identity to not only send a message to other agents but also to continue to protect one of their own.”

Former National Security Agency staffer Thomas Drake suffered a similar fate in recent years after the government went after him for blowing the whistle on the NSA’s poorly handled collection of public intelligence. A grand jury indicted Drake on five counts tied to 1917’s Espionage Act as well as other crimes, but prosecutors eventually agreed to let him off with a misdemeanor computer violation that warranted zero jail time.

Together, Drake and Kirakou are two of six persons charged under the Espionage Act during the administration of US President Barack Obama. The current White House has indicted more people under the antiquated World War 1-era legislation than all previous presidents combined.