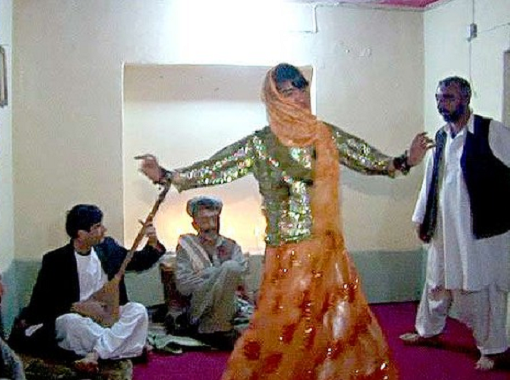 Another international conflict, another horrific taxpayer-funded sex scandal for DynCorp, the private security contractor tasked with training the Afghan police.

While the company is officially based in the DC area, most of its business is managed on a satellite campus at Alliance Airport north of Fort Worth. And if one of the diplomatic cables from the WikiLeaks archive is to be believed, boy howdy, are their doings in Afghanistan shady.

Many of DynCorp’s employees are ex-Green Berets and veterans of other elite units, and the company was commissioned by the US government to provide training for the Afghani police. According to most reports, over 95 percent of its $2 billion annual revenue comes from US taxpayers.

And in Kunduz province, according to the leaked cable, that money was flowing to drug dealers and pimps. Pimps of children, to be more precise. (The exact type of drug was never specified.)

Since this is Afghanistan, you probably already knew this wasn’t a kegger. Instead, this DynCorp soiree was a bacha bazi (“boy-play”) party, much like the ones uncovered earlier this year by Frontline.

For those that can’t or won’t click the link, bacha bazi is a pre-Islamic Afghan tradition that was banned by the Taliban. Bacha boys are eight- to 15-years-old. They put on make-up, tie bells to their feet and slip into scanty women’s clothing, and then, to the whine of a harmonium and wailing vocals, they dance seductively to smoky roomfuls of leering older men.

For Pashtuns in the South of Afghanistan, there is no shame in having a little boy lover; on the contrary, it is a matter of pride. Those who can afford the most attractive boy are the players in their world, the OG’s of places like Kandahar and Khost. On the Frontline video, ridiculously macho warrior guys brag about their young boyfriends utterly without shame.

So perhaps in the evil world of Realpolitik, in which there is apparently no moral compass US private contractors won’t smash to smithereens, it made sense for DynCorp to drug up some Pashtun police recruits and turn them loose on a bunch of little boys. But according to the leaked document, Atmar, the Afghani interior minister, was terrified this story would catch a reporter’s ear.

He urged the US State Department to shut down a reporter he heard was snooping around, and was horrified that a rumored videotape of the party might surface. He predicted that any story about the party would “endanger lives.” He said that his government had arrested two Afghan police and nine Afghan civilians on charges of “purchasing a service from a child” in connection with the party, but that he was worried about the image of their “foreign mentors,” by which he apparently meant DynCorp. American diplomats told him to chill. They apparently had a better handle on our media than Atmar, because when a report of the party finally did emerge, it was neutered to the point of near-falsehood.

The UK Guardian picks up the tale:

US diplomats cautioned against an “overreaction” and said that approaching the journalist involved would only make the story worse.”A widely-anticipated newspaper article on the Kunduz scandal has not appeared but, if there is too much noise that may prompt the journalist to publish,” the cable said.
The strategy appeared to work when an article was published in July by the Washington Post about the incident, which made little of the affair, saying it was an incident of “questionable management oversight” in which foreign DynCorp workers “hired a teenage boy to perform a tribal dance at a company farewell party”.

A tribal dance? Could illegal strip clubs stateside possibly try that one out? “Naw, those are not full-contact lap-dances, Mr. Vice Cop. Krystal and Lexxis are just performing an ancient Cherokee fertility dance. See those buck-skin thongs on and those feathers in their hair?”

As we mentioned, this isn’t DynCorp’s first brush with the sex-slavery game. Back in Bosnia in 1999, US policewoman Kathryn Bolkovac was fired from DynCorp after blowing the whistle on a sex-slave ring operating on one of our bases there. DynCorp’s employees were accused of raping and peddling girls as young as 12 from countries like Ukraine, Moldova and Romania. The company was forced to settle lawsuits against Bolkovac (whose story was recently told in the feature film The Whistleblower) and another man who informed authorities about DynCorp’s sex ring.

There’s your tax dollars at work, Joe Six-Pack. Maybe now you won’t get so worked up about the fact that KPFT gets about ten percent of its funding from the government and uses some of it to air Al-Jazeera.