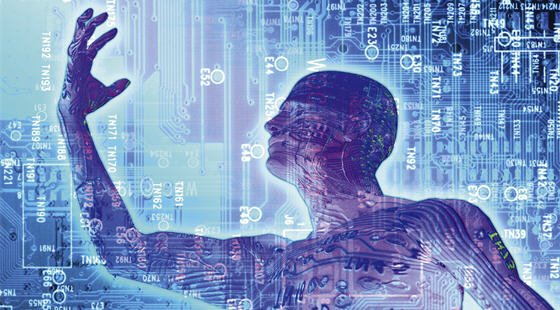 What corporate-driven “science” has in mind for the future of humanity is far different from the dreamy utopian landscape that’s been portrayed by the mainstream media. To hear the corporate-run media tell it, science is always “good” for humanity. Scientific achievements are always called “advances” and not “setbacks,” even though many of them have proven to be disastrous for humanity (atomic bombs, for example, or GMOs).

While pure science is, indeed, a necessary component of any civilization which seeks to expand its understanding of the universe, what we see dominating the landscape today isn’t pure science butcorporate-driven “science”that only seeks to accelerate corporate profits, not human understanding. And with that corporate-slanted science comes a whole new era of truly terrifying technologies that we may soon see become reality in our world.

Here, I’ve compiled a list of ten future technologies that might be used to strip away your freedoms and enslave you to the corporate globalist masters, all under the label of “science.”

Need a replacement heart or lung? No worries, mate! Monsanto will grow you a new one using a genetically modified, trans-species pig (patent pending) that was raised on GMO animal feed and subjected to organ harvesting while it was still alive in order to keep the organs “fresh.”

Your government-approved, Medicare-funded transplant will be handled by one of the top U.S. hospitals, which are, even today, deeply engaged in black market organ trafficking and illegal transplantations.

#2) “Behavioral vaccines” that rewire your brain to eliminate dissent

Disobedience is a disease! And the “cure” for disobedience (or Oppositional Defiance Disorder, as they call it) will be a new “vaccine” that biologically rewires your brain to make you more socially acceptable to the controllers.

It will be called a “behavioral vaccine” even though, in reality, it’s just a chemical lobotomy. This technology will be a cornerstone of the global police state, which will have no tolerance for independent thinking or critical thought of any kind, especially against the state.

#3) Centralized, remote monitoring of all your health statistics and vital signs by the police state

Think your medical records are really private? Think again: Even now, the U.S. government maintains a secret centralized bank of blood taken from children at birth. In the near future, citizens will be implanted with biometric monitoring chips that relay information back to the government about your pulse, respiration, and the presence of either illegal drugs or legalized pharmaceuticals (which are often the very same chemicals as illegal drugs, just re-branded as a medication).

These chips will be used by the government to enforce people taking their medications. They will also be used to locate and arrest those who smoke a little pot or take addictive substances without a prescription.

But most importantly, these chips will be used to monitor nutritional levels and make sure no one attains a high level of vitamin D, for example, which promotes clear thinking and strong cognitive function (http://www.naturalnews.com/029190_v…). Under scientific dictatorship, the sheeple must be kept in a state ofchronic nutritional deficiencyin order to be easily controlled. This will all be sold to the public as a way for the government to monitor their “safety” because, the government will claim, “Too much vitamin D can be dangerous!” So they will set the upper safety limits to the lower threshold of cognitive awakening, making sure that everyone remains in a mental stupor as they live out their state-run lives.

#4) The total secrecy of all food ingredients, sources and places of origin

As the food industry is increasingly invaded by junk science (GMOs, anyone?), efforts will increase tohide all the chemical ingredientsin food products and rename dangerous-sounding chemicals into nice-sounding chemicals.

The Corn Refiners Association is already trying to rename “High Fructose Corn Syrup” to “corn sugar.” (http://www.naturalnews.com/029748_h…)Aspartame is now going to be called “AminoSweet,” and MSG has been renamed things like “yeast extract” or “Torula yeast powder.”

But it’s going to get far worse as fraudulent science accelerates food industry deceptions. Expect to see preservatives like “sodium benzoate” renamed as things like, “Freshiness crystals.” Or “artificial colors” might be described as “Fortified with pretty colors.”

Above all, the food industry wants to hidewhereits foods come from,howthey are made, andwhat’sin them, because all three of those categories are bad news for your health.

Speaking of food, corrupt “scientists” will soon insist that growing your own food is extremely dangerous because you might grow e.coli in your garden! With such absurd justifications, home gardening will be completely outlawed in many towns, and those who try to secretly grow tomatoes will be arrested and imprisoned as if they were heroin smugglers.

Whereas vaccines were once intended to prevent disease, they are now being increasinglyweaponizedand engineered to spread disease, which is why most of the people who get the flu each winter are the very same people who routinely take flu shots.

In the near future, as the globalists decide the world population has reached its upper tolerable limit, a live “population control” virus will be engineered right into the vaccines, followed by an aggressive vaccine push that even offers to pay people to receive flu shots. (Get a flu shot, earn $25!)

The whole scheme, of course, is nothing more than a population control measure designed to eliminate all the lower-IQ people on the planet who are stupid enough to allow themselves to be injected with biological weapons packaged and sold as vaccines. Effectively, it’s really a eugenics program that the globalists believe will save the human race from the rise of stupidity (no matter what the cost in human suffering).

Copulating with the person of your choice and producing your own “random” offspring will no longer be allowed under the scientific police state. Reproduction must be carefully controlled through licensing and regulation to make sure that no unexpected results occur.

Before having children, parents will need to apply to the government forpermissionto reproduce, at which point they will be genetically and cognitively profiled, then granted a reproduction classification status that must be strictly followed to avoid imprisonment.

People who show rebellious tendencies and speak out against the state will be denied reproduction “privileges.” Only the most obedient, white-skinned, do-gooder mind slaves will be granted reproduction privileges, and they will gladly copulate and raise yet more babies to be sacrificed to the state as the next generation of mind slaves.

The future of “science” involves all sorts of electronics implanted into the human body. One of the most convenient ones will be the “pacification chip” that will be forced upon citizens along with “money chips” that they use to pay for everything (cash will be outlawed, and using cash will be seen as a terrorist activity).

The pacification chip can be remotely activated by the government through cell tower bursts — or through hand-held units issued to police and law enforcement commanders — to instantly pacify large crowds of protesters or rioters. Are the students protesting about free speech again? Activate the pacification chip, and they’ll all lay down on the lawn and daydream for a while.

Are revolutionaries marching on the capitol and trying to overthrow the government? Activate the pacification chip, and your tyrannical dictatorship is safe!

Such chips may also be used to “excite” the brain at times when it is also politically useful. For example, when another terrorist attack is staged on U.S. soil, the “excitation chips” can be activated across the population to get people riled up and calling for war! (And that’s the whole point of false flag attacks, of course.)

#9) The genetic engineering and breeding of obedient super soldiers

In the mean time, the most powerful nations of the world will pour R&D money intogrowing genetically modified super soldiers who are secretly birthed, raised and trained to be as robotic as possible. These super soldiers will be genetically engineered with peak performance attributes (high blood oxygenation, large body frames, etc.) combined with small brains that can only process enough information to follow ordersbut neverquestionthem.

They will also be outfitted with numerous electronic implants, making them more cyborg than human. They will have vision implants attached to their retinas, for example, GPS chips wired to their brains, comm equipment wired into their ears, and built-in pain medication dispensers that flood their bodies with stimulant chemicals so they can keep fighting even after an arm gets blown off, for example.

Here’s a new one most people haven’t thought about: In addition to vaccines being used to spread infectious disease, they can also be used to inject humans with nano-crystals that are sized and tuned to resonate at certain frequencies, much like a radio crystal tunes in to a specific radio band.

Such nano-crystals may lie dormant in the bodies of the general public for years or even decades, but at some point the government can take over the radio towers with an “emergency” national transmission that broadcasts an activation signal at precisely the right wavelength to excite the nano-crystals already in peoples’ bodies. The results could be anything frommass insanityto massive outbreaks of violence (rioting, etc.) or just tens of millions of people instantly dropping dead. Any of those outcomes could then be exploited by the government to sell a cover story of a “terrorist attack” that requires even more government control over the population.

It could all be done in the name of “science”

Remember, this collection of 10 points is about possible future technologies that exemplify theabuse of scienceto empower tyrannical governments and corrupt industries. Thankfully, these ten examples have not come true yet, but several are well on their way to become reality in just the next few years.

Real science has an important role to play in any society, but I believe that science should serve the interests of the People, not the self-serving controllers who run globalist corporations and national governments. When science is used to dominate and enslave people rather than setting them free, it is a violation of one of the most fundamental truths throughout the universe: only through freedom (the freedom of ideas, freedom of questioning, freedom of discussion) can true understanding of our universe be achieved.

NaturalNews salutes the real scientists out there who pursue the betterment of human civilizationwithoutpunching a clock for all the evil corporations which abuse science for their own nefarious purposes.