Anonymous To NATO: You Mad Bro? 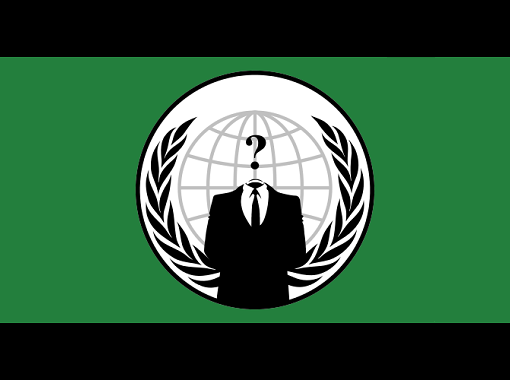 Hello This Is Anonymous… This Message Is For You North Atlantic Treaty Organization… In Recent News On Your Report…
Information and National Security” from General Rapporteur Lord Jopling of the UK discusses the potential good of social networks for fostering democracy, the WikiLeaks scandal, and how hacktivists need to be burned at the stake.
“Virtual communities operating online provide new opportunities for civil society, but they have also increased the potential for asymmetrical attacks,” the report says. “Apart from causing harm, destruction or conducting espionage, most recent cyber attacks have also been used as a means to reach, a rather different goal, ‘Hactivism’ is a relatively recent form of social protest or expression of ideology by using hacking techniques.”
The report then singles out Anonymous as an example of this new trend by relating the group’s support of Julian Assange’s WikiLeaks.But that “info-war” is only the beginning, according to NATO. “Observers note that Anonymous is becoming more and more sophisticated and could potentially hack into sensitive government, military, and corporate files.” The report then explains how Anonymous hacked government contractor HBGary’s servers and the CEO’s Twitter account. after the group revealed the government’s plans to take down WikiLeaks.

You Claim To Represent The Following.

1.Peace And Security That’s Our Mission.

2.We Want To Be Sure That We Can Walk Around Freely In A Safe And Secure Environment. Security In All Areas Of Everyday Life Is Key To Our Well-Being, But It Cannot Be Taken For Granted.

3.NATO Promotes Democratic Values And Encourages Consultation And Cooperation On Defence And Security Issues To Build Trust And, In The Long Run, Prevent Conflict.

The Manner Of Which You Try To Push The Pursuit Of Anonymous. Seems To Be More Of An Issue Of Opportunity To Censor Anonymous. Rather Than An Honest And General Concern. All Of Anonymous’ Previous Attacks And Protest Have Not Ignited Any Action Against Us From NATO. Though With The Most Recent Attack Of The United States Chamber Of Commerce Website. You Wish To Become Involved. If Your Goal Was To Start War With Anonymous. Then Why Would You Allow Visa, Pay Pal , Master Card And Countless Other Actions To Go Without Prosecution. Then A Simple Website Is Made Unavailable You Sound Your Drums Of War. Be Warned We Do Not Wish This. Nor Do We Want This. But Make No Mistake… We Will Defend Ourselves. We Are Anonymous. We Are Legion. We Do Not Forgive. We Do Not Forget. Expect Us.