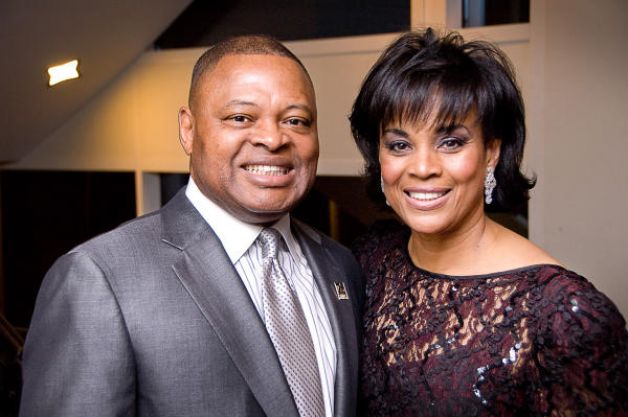 A private jet that flew four international businessmen to the Democratic Republic of the Congo where they are being held on gold-smuggling allegations was provided by CAMAC International, a Houston oil-trading company owned by one of the city’s richest men and a brother of one of the passengers.

Kase Lawal, a Nigerian-born immigrant who has overseen CAMAC’s rise to a $2.4 billion private company — said to be the second-largest black-owned business in the U.S. — and who was recently appointed to an advisory post in the Obama administration, is the half-brother of Mukaila Aderemi “Mickey” Lawal, who was detained along with fellow Houstonian Carlos St. Mary and two other businessmen as their plane was preparing to depart from Goma, a city in the mineral-laden eastern half of Congo.

The country recently banned the export of gold and other key minerals in an attempt to decriminalize its mining industries.

A CAMAC spokesman would not explain why Mickey Lawal, a 50-year-old company executive in charge of Nigerian operations, was on the plane or what his role in the transaction may have been.

He also did not say why CAMAC allowed the Gulfstream it leases from a Dallas company to be used in the mysterious mission, which ended on Feb. 3 when Congolese intelligence police arrested the men and flight crew, impounded the plane and seized almost $7 million in U.S. dollars, and gold bars valued at some $20 million.

“As long as the crew and passengers are still in the Congo, we don’t want to make any particular comments about the situation,” said spokesman Mike Androvett.

Androvett said St. Mary made the request for the jet.

“He asked for permission to use it,” Androvett said. “His family and the Lawal family are longtime friends.”

For additional background on the deal, Androvett referred to a letter purportedly written by a Kenyan lawyer on behalf of Axiom Trading, St. Mary’s company.

The lawyer, Punit Vadgama, wrote the letter dated Feb. 9 to the president of the Democratic Republic of Congo, claiming that Axiom contacted him in December to set up a Kenyan company to obtain licenses and permits for a legal gold transaction that supposedly began when “a person named David” approached St. Mary in the U.S.

According to Vadgama’s letter, “David” had agreed to sell Axiom 475 kilograms of gold at a certain price, with the deal to take place in Ken­ya and to be legally documented. When the group arrived in Kenya, St. Mary and his partners began to suspect they might be getting duped when they made partial payment and suddenly could no longer contact the Kenyan “owner” of the gold who was orchestrating the deal, E. Michelle D. Malonga.

After notifying Kenyan police of the possible swindle in January, Axiom was again contacted by Malonga and told the gold had been taken out of Kenya to Uganda, and that the deal would have to be done there, according to the letter. The purchasers refused. Then Malonga allegedly said the gold was in Congo and that the deal had to go down in Goma. They agreed, went to Goma, paid Malonga and his associates and had the gold loaded onto the aircraft.

Whose cash was it?

Congolese authorities stepped in before the various parties to the deal could leave. It is not clear from whom almost $7 million in cash was seized.

Early reports from Congo said it was in the possession of men taking it to the residence of Gen. Bosco Ntaganda, who was indicted for alleged war crimes by the International Criminal Court.

Ntaganda denied any involvement, however, and later official reports said the general was involved in stopping an attempt to smuggle Congolese gold out of the country.

Attorney Vadgama insists his clients were the victims of a fraud — not smugglers.

“Had they been smugglers, why would they alert a revenue authority and police body in Kenya to assist them in obtaining goods that they had paid for,” Vadgama wrote. “Our clients have acted within the law and have been victims of a fraud perpetrated upon them.”

Kase Lawal, 56, came to the U.S. in the 1970s and earned degrees from Texas Southern University and Prairie View A&M.

Well-connected politically to members of both major parties, he was named by President Barack Obama to the Advisory Committee on Trade Policy and Negotiations.

The Masonic Founding of The United States of America

‘The Marines are Coming to PROTECT the Protestors’