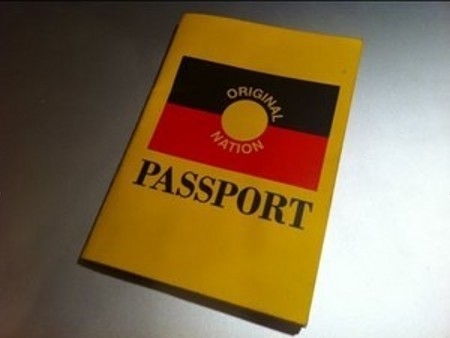 ISJA: It is with a sense of pride and complete social justice that this Association has worked with the Sydney Support Assange and WikiLeaks Coalition to have the privilege of successfully arranging for Julian Assange to be able to be issued with an Aboriginal Nations Passport that his father, John Shipton, will accept on his behalf at the Welcome to Aboriginal Land Passport Ceremony to be held at The Settlement, 17 Edward Street, Darlington from 11am to 4pm on Saturday 15 September, 2012.

We strongly endorse the words of Ms Linda Pearson of the Support Assange and WikiLeaks Coalition, see below, on the total lack of support by our Federal Government to assist Julian against being press-ganged to America to face corrupt charges against him for informing the world’s people of the absolute lies that all Governments continue to tell their people. Whilst it is true that all Governments lie, it is well known that America leads the pack in their eternal quest for American hegemony of the world’s resources. It is well known that all Australian Governments since the dismissal of the Whitlam Government in 1975, that was assisted and orchestrated by America’s CIA, have meekly put our country at the policies of the American Foreign Policy interests. Julian is but another example.

The Ceremony is being held at the behest of many migrant, refugee and non-Aboriginal Australians who wish to fully recognise the Traditional Owners of the many Aboriginal Nations that still exist to this very day. They wish to show their full respect to the true history of this land and that is that we Aborigines still have full Sovereignty over our Lands.

Always was…always will be… Aboriginal Land.

The crimes of the 1788 Invasion and the subsequent Colonisation still need to be addressed and accounted for but we believe that the Passport Ceremony is the first of many steps that are required by those who wish to participate in a multicultural and pluralistic Reconciliation. Not the assimilationist Reconciliation wanted by Australian Governments and other racists but the real and honourable Reconciliation of removing the-white-blindfold of our joint history and allowing a mutual respect to be created.

By agreement we will be issuing both Julian Assange, via his father, and Mamdoub Habib, who will be present, an Aboriginal Nations Passport that will allow both to respectfully travel through the Aboriginal Nations. Mamdoub now and Julian on his return to Aboriginal Australia. Both these men were denied any assistance, firstly by the Howard Government and then by the Gillard Government respectively. These nefarious actions were taken by these two Governments to appease their American masters. We will attempt to right that wrong.

All those who wish to be issued with a Passport may obtain one by, firstly, signing the Pledge, giving some personal details to be added to the Passport, supplying a passport sized photo and a charge of $10 to help in affraying costs: aboriginalpassportceremony.org/how-to-get-an-aboriginal-passport/. The Passports are for use by Non-Aboriginal people only and can only be used to travel through the Aboriginal Nations. This does not apply to Aborigines as we have our own cultural methods of travelling through Country.

The Ceremony at The Settlement will include music, dancers, food and a wonderful sense of Welcome and Solidarity to all those attending. This will be an alcohol and drug free event.

We give the final word to Linda Pearson of the Support Assange and WikiLeaks Coalition:

“We are extremely grateful to the Indigenous Social Justice Association for highlighting the injustice faced by Julian Assange, and for this opportunity to show our solidarity with the Aboriginal owners of this land.

Australia is built on the injustices of invasion and colonisation. We condemn racist government polices like the Northern Territory Intervention which continue to inflict untold harm on Aboriginal and Torres Strait Islander peoples. We benefit from the occupation of stolen land, while Aboriginal people are incarcerated at five times the rate of black South Africans under apartheid.

The ISJA’s decision to issue Julian Assange an Aboriginal Passport comes as he remains confined in the Ecuadorian Embassy in London. Despite international obligations to respect Assange’s status as a political refugee, the UK government has made clear its intention to arrest him if he tries to leave the Embassy.

The Australian government should be negotiating with the UK to ensure Assange’s safe passage to Ecuador. However, our politicians have consistently put their alliance with the United States before Assange’s human rights, even when his life has been threatened.

The issuing of an Aboriginal Passport to Julian Assange brings further shame on the Australian government. It recognises that Assange’s Australian passport has been completely worthless to him.”