Autonomous Robots Developed By DARPA Will Not Question Orders 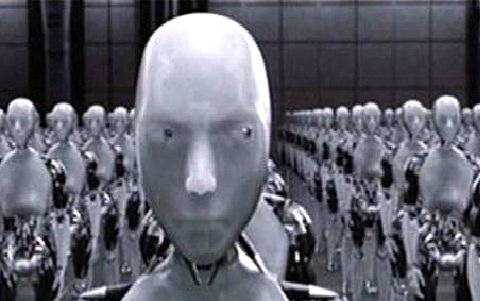 In 2010, DARPA revealed a robot at the Association for Unmanned Vehicle Systems International Conference in Denver that was interactive in a public forum. Participants would write software and have the robot preform specified tasks. The goal of this event was to show that robots were being developed by the US government to preform “dangerous tasks” such as disarming an explosive device thereby reducing “significant human interaction”.

Universities and other government-controlled agencies such as Carnegie Mellon University, HRL Laboratories, iRobot, NASA-Jet Propulsion Laboratory, SRI, and the University of Southern California, provided teams of researchers to write software for DARPA.

Boston Dynamics, Inc., has been awarded a $10.9 million contract to manufacture humanoid robots that are bi-pedal, built like humans and have a sensor head with on-board computing capabilities.

These robots are being created to assist in excavation and rescue missions, according to DARPA. They could also be employed to evacuation operations during either man-made or natural disasters.

This week, the Project Offices for Unmanned Aircraft Systems (UAS), Apache Attack Helicopter and Armed Scout Helicopter revealed the Manned Unmanned System Integration Capability (MUSIC) at Michael Army Airfield, Dugway Proving Ground, Utah. During the exercise, MUSIC showed that the US Army could use drones armed with lethal weapons that were wired for precise communication with their operator.

The RQ-7 Shadow is another enhanced drone with weapons capabilities. As the US Army endeavors to combine ground forces with drone technology, their tactical operation’s success is multiplied.

The use of government-sponsored universities such as Cornell, MIT and Delft University of Technology in the Netherlands has created prototypes for bi-pedal robots that will someday be the synthetic army or police force.

Drones for law enforcement are being developed with the creation of the Talon SWAT/MP that can be configured with a multitude of weaponry. Some include a multi-shot TASER, LRAD, 40mm grenade launcher, and a 12-gage shotgun.

An earlier version of Talon, developed for the Israeli Defense Forces and the Israeli Ministry of Defense’s Directorate of Defense, was of the VIPeR series that were equipped with a 9 mm mini-Uzi with scope and pointer, or grenade launcher.

In 2006, Los Angeles began using aerial drones to spy over citizens under the guise of tracking suspects. The Federal Aviation Administration (FAA) subsequently ended that program. The police force retaliated citing that “there is an immediate need by state and local public safety personnel for unmanned aerial systems.”

The Naval Research Laboratory has developed SAFFiR, the Shipboard Autonomous Firefighting Robot. SAFFiR is an autonomous bipedal humanoid robot, based on the CHARLI-L1 robot created at Virginia Tech. This robot can interact with humans with a comprehensive response system that utilizes language – including slang to make it more familiar. A robot that can hold a conversation and fight fires is quite impressive.

In 2009, with funding from the Pentagon, DARPA created the Multifunction Utility/Logistics and Equipment (MULE) which was a size of a Humvee. This robot car used sensors to drive autonomously and calculate its target, await remote instructions or decide to fire.

MULE’s potential has been in the works for the last 3 years. Its advancement and use as a battlefield vehicle is being tested and readied for deployment. The remote controls mirror those of a gaming console which gives the operator the ease of playing a “video game” while at the same time instructing a deadly piece of equipment on targeted missions.

Unmanned ground vehicles have been in use since Iraq and Afghanistan. They are armed for combat with the same capabilities as ground troops. MULE’s development as an autonomous weapon for the purpose of allowing a robot to decide on whether or not to carry out a mission is advantageous to the US military.

A force of robotic “peacekeepers” that are programed to become violent without remorse – will enable the government to organize and act where human law enforcement and/or trained soldiers may hesitate.

Susanne Posel is the Chief Editor of Occupy Corporatism. Our alternative news site is dedicated to reporting the news as it actually happens; not as it is spun by the corporately funded mainstream media. You can find us on our Facebook page.