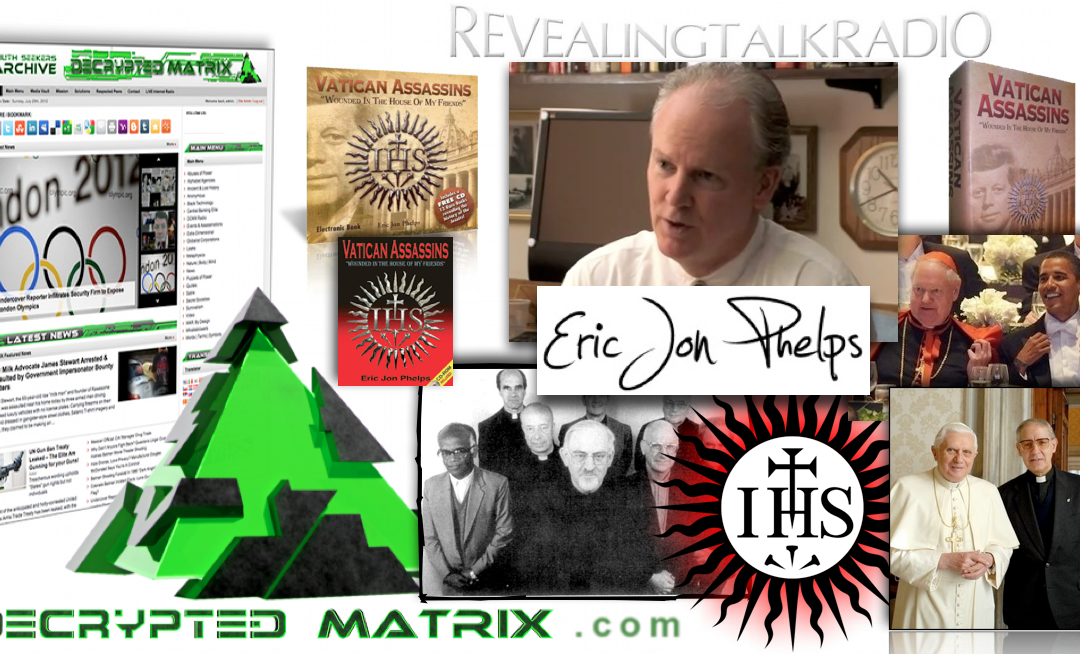 Eric Jon Phelps, noted Jesuit expert, author of the book Vatican Assassins: Wounded In The House Of My Friends, lecturer and talk show host, will be our exclusive guest on November 5, 2012 on the Decrypted Matrix Radio Show on Revealing Talk Radio. We will start at the beginning of the Jesuits and learn how they were formed, what their hands have caused and where their influence directly affects us as individuals as well as in our government.