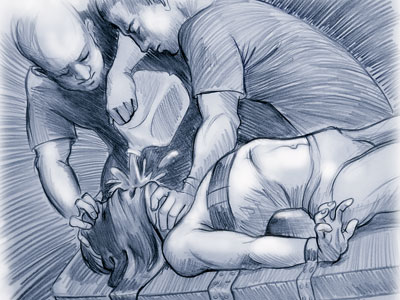 A Spokane psychologist who helped develop controversial interrogation methods, which some human rights groups say amount to torture, became the new spiritual leader of a Mormon congregation on the South Hill this week.

Bruce Jessen was proposed by Spokane Stake President James Lee, or “called” in the terminology of the Mormon faith, to be the bishop of Spokane’s 6th Ward, approved by the Church of Jesus Christ of Latter-day Saints hierarchy in Salt Lake City and presented to the congregation on Sunday. He was unanimously accepted by some 200 in attendance, Lee said.

The appointment surprised some groups who have denounced Jessen and his then-partner James Mitchell for techniques they helped develop for the U.S. Central Intelligence Agency to interrogate suspected terrorists after the Sept. 11, 2001, attacks. Among those techniques were sleep deprivation and waterboarding, according to a 2009 U.S. Senate committee report.

“I can think of no one less qualified for a position of moral and spiritual leadership,” Shahid Battar, executive director of the Bill of Rights Defense Committee, which describes itself as a national grass-roots network for civil rights, civil liberties and the rule of law.

Contacted by telephone for a comment for this article, Jessen said, “I don’t have anything to say to you,” and hung up the phone.

Lee, however, said he interviewed Jessen about the controversy during the several-month period the psychologist was being considered for the bishop’s post, and Jessen shared some information that Lee couldn’t reveal. He believes Jessen, who has been a member of that congregation for years, is an honorable, trustworthy and humble man who will be able to help other members and keep their confidences. He is, however, “tight-lipped” about his work with the government, the stake president added.

“He’ll take a beating in the press before he sets the record straight,” Lee said. “The whole story has not been told.”

Jessen served as bishop of a congregation in another city in the 1980s, Lee said. The recommendation to name Jessen as bishop was sent to the LDS Office of the First Presidency for approval, as are all such proposed appointments.

Asked whether the Office of the First Presidency had any concerns about Jessen becoming bishop to the ward, an LDS spokesman in Salt Lake City would only say Wednesday by e-mail that “Church leaders are looking into this matter” and refused further comment.

Mormons believe their bishops are called by God, and Lee said he has had nominees rejected by congregations and by church officials in Salt Lake City. “God’s perfect. We’re rank amateurs,” Lee said.

When the appointment was presented to the 6th Ward on Sunday, members of the congregation attending the service were given a chance for a show of hands whether they accepted it. All did, Lee said. No one raised their hand to oppose the appointment and no one came to him privately to voice concerns, which is an option the church makes available for people who don’t want to dissent in public.

Jessen is a former Air Force psychologist who helped develop training for air crews and other military personnel to resist interrogation at the Survival School at Fairchild Air Force Base. The interrogation techniques he and Mitchell developed for the CIA following the Sept. 11 attacks were derived, or “reverse engineered,” from that resistance training. They are among the practices cited in a Senate Armed Services Committee report that concluded “those efforts damaged our ability to collect accurate intelligence that could save lives, strengthened the hand of our enemies and compromised our moral authority.”

As Jessen and Mitchell’s tactics became known through the Senate investigation and news accounts, local peace activists demonstrated outside the building that housed their office in downtown Spokane. Rusty Nelson, former co-director of the Peace and Justice Action League of Spokane who helped coordinate some of those protests, was surprised by Jessen’s appointment and questioned the message it sends: “He developed enhanced interrogation methods that are universally condemned.”

Battar, of the Bill of Rights committee, said he would not criticize the Mormon church, but: “It’s depressing how little human rights seems to matter to people.”

But Alex Abdo, of the American Civil Liberties Union’s National Security Project, which also has criticized the interrogation techniques, said the appointment is a matter strictly for Jessen and the Mormon church: “He certainly has a right to practice his faith as he wishes. Someone’s religious beliefs are their own affair.”