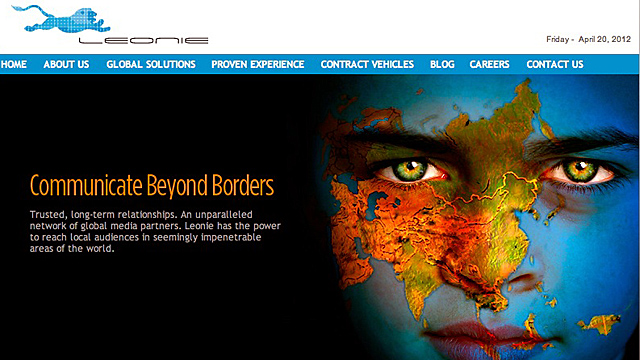 WASHINGTON – The co-owner of a major Pentagon propaganda contractor publicly admitted Thursday that he was behind a series of websites used to discredit two USA TODAY journalists who had reported on the contractor. 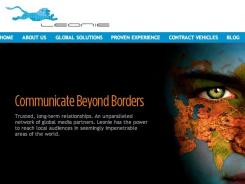 Camille Chidiac, a minority owner of Leonie Industries, says he acted independently of the company when he created web sites and social media accounts in an effort to discredit two USA TODAY journalists.

The online “misinformation campaign,” first reported last month, has raised questions about whether the Pentagon or its contractors had turned its propaganda operations against U.S. citizens. But Camille Chidiac, the minority owner of Leonie Industries and its former president, said he was responsible for the online activity and was operating independent of the company or the Pentagon.

“I take full responsibility for having some of the discussion forums opened and reproducing their previously published USA TODAY articles on them,” he said a statement released by his attorney, Lin Wood, of Atlanta.

“I recognize and deeply regret that my actions have caused concerns for Leonie and the U.S. military. This was never my intention. As an immediate corrective action, I am in the process of completely divesting my remaining minority ownership from Leonie,” Chidiac said.

Chidiac, who stepped down as president of Leonie in 2008, said he used only personal funds to create the websites using proxy services to hide his involvement. Although Chidiac has continued to represent Leonie at various conferences, the company said any involvement was “informal and unofficial.”

The Pentagon said Defense Secretary Leon Panetta was aware of the statement and “has directed the department to review this matter and to take appropriate action.”

“We were deeply disappointed to read this disclosure from Leonie Industries. Smear campaigns — online or anywhere else — are intolerable, and we reject this kind of behavior,” said Pentagon press secretary George Little.

In February, USA TODAY reported on the Pentagon’s “information operations” program, which was coming under criticism even within the Pentagon for spending hundreds of millions for poorly monitored marketing campaigns in Iraq and Afghanistan.

Leonie, which was founded by Chidiac and his sister, Rema DuPont, has received at least $120 million in Pentagon contracts since 2009. DuPont owns 51% of the company; Chidiac 49%. The pair had $4 million in liens for unpaid federal income taxes, although federal records show those tax liens have since been paid off.

Even before the stories ran, USA TODAY Pentagon reporter Tom Vanden Brook noticed that someone registered the site tomvandenbrook.com. Twitter and Facebook accounts were also registered in his name, and a Wikipedia entry and discussion group postings misrepresented his reporting on the West Virginia Sago Mine disaster.

Chidiac said he clearly labeled the websites as “fan sites” of Vanden Brook and his editor, Ray Locker, but said comments on the websites “quickly degenerated from legitimate criticism to immature and irrelevant rhetoric by unknown users.”

Chidiac’s attorney said the Twitter and Wikipedia entries were created by someone else with “absolutely no relationship or connection with Leonie Industries,” whom he did not name.

One online reputation expert, Andy Beal, said the effort appeared to be coordinated and called it a “sophisticated reputation attack.”

The distribution of federally funded propaganda for domestic targets could be a violation of a federal law prohibiting the Defense Department from spending money for “propaganda purposes within the United States.” The company said no federal funds were used.

“Mr. Chidiac does not have access to Leonie’s bank accounts and other financial resources, derived from government contracts or otherwise, and he used non-Leonie funds to participate in the online activity,” said a statement from Gar Smith, Leonie’s director of marketing and communications. “This was the act of an individual, not the company.”

Smith said Chidiac was in the process of divesting himself of his 49% stake, but that the terms of that deal were a matter between DuPont and Chidiac.

Leonie said it’s “in the process of informing government officials of the situation,” though it’s unclear whether the episode will affect Leonie’s Pentagon contracts.

In March, the Pentagon’s inspector general told members of Congress that the Defense Criminal Investigative Service had launched an investigation into issues raised by the USA TODAY report. Last week, a House committee voted to cut the Pentagon’s “information operations” budget by one-third.

Rep. Hank Johnson, D-Ga., a critic of the information operations program, called for congressional hearings on the matter.

“Now we know the truth about these online smear campaigns,” he said. “There must be zero tolerance for attacks on the press.”

Chidiac’s attorney said Chidiac was “personally offended” by USA TODAY’s reporting on his tax troubles, which he felt were unfairly characterized. “I do not believe the previous reporting has properly recognized the excellent work that has been performed by the employees of Leonie in support of U.S. military efforts over the past several years,” Wood said.

Susan Weiss, executive editor of USA TODAY, said the newspaper would continue reporting on the information operations industry. “I am glad to see that we now know who was responsible for these false attacks on Tom Vanden Brook, Ray Locker and USA TODAY. We stand behind our reporters and our stories,” she said.