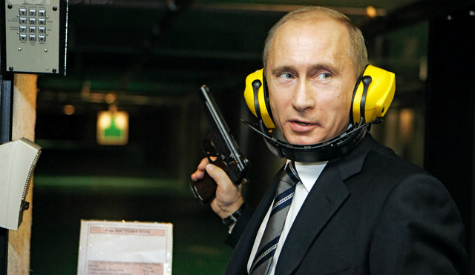 Andy Lightbody was the Military & Aerospace Editor for CBS Radio, the Gulf War Military
Analyst for Channel 11 –Multi Media Television–Los Angeles (Now FOX News), and a regular guest on numerous shows seen and heard on CNN, the BBC, NHK and other international network programs. He was Host and Executive Producer of the (26-week) top-rated television show, HIGH TECHNOLOGY BUSINESS for FNN (The Financial News Network). And, as the High Technology Editor, was contributing the daily, military, aerospace, defense and terrorism coverage to the over 60 national affiliates of the Business Radio Network.

Background
There are reports coming from Russia that the Russian military is creating a super weapon that has been dubbed the “zombie gun” due to its immobilizing effect on those who are targeted.

Critics fear that a weapon as powerful as this could be used not only against Russia’s enemies, but also against the civilian population, including dissidents by the end of the decade.

Sources in Moscow have stated that Russian President Vladimir Putin described the new super weapon, which uses electromagnetic radiation which is similar to radiation found in common household microwaves, as “entirely new instruments for achieving political and strategic goals.”

The source added that Putin feels the use of “such high-tech weapons systems will be comparable in effect to nuclear weapons, but will be more acceptable in terms of political and military ideology.”

The announcement by Russian defense minister Anatoly Serdyukov regarding the implementation of these new weapons, made quickly and without much attention given from local media outlets, were part of a plan that fulfilled a campaign pledge by Putin.