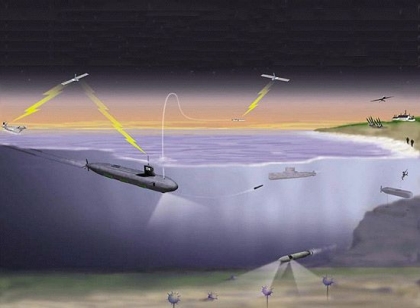 The Defense Advanced Research Projects Agency’s (DARPA) new director, Dr. Arati Prabhakar, will share her vision Oct. 22 at the Office of Naval Research (ONR) 2012 Naval Science and Technology Partnership Conference and ASNE Expo.
Prabhakar, who took the helm at DARPA on July 30, will take the podium at 11:30 a.m. on the event’s opening day in Crystal City, Va. Her participation underscores the importance of research partnerships to national security and the commitment to collaboration shared by DARPA, ONR and other Department of Defense research organizations.

”Technology is a critical lever for our national security in today’s complex world,” said DARPA Director Dr. Arati Prabhakar. ”At DARPA, along with our partners at ONR and the broad national research-and-development community, we aim to change what is possible with new technology.”

ONR and DARPA have partnered on a variety of research projects, including multiple endeavors to promote education in the science, technology, engineering and mathematics fields.

This year, the agencies teamed to co-sponsor the RevCon Challenge, a competition among college students to design connectors that more effectively conduct heat from radars and other military electronic systems. Based on the success of the competition, ONR and DARPA will host a second challenge in May.

Previously, the agencies also collaborated on the Second Language Learningprogram, which will reduce the time it takes for Sailors and Marines to learn other languages and cultures through virtual interaction with avatars.

Prabhakar is no stranger to interest areas shared by ONR, having first joined DARPA in 1986 as a program manager in advanced semiconductor technology and flexible manufacturing. She founded the agency’s microelectronics technology office before being appointed in 1993 by President Bill Clinton to lead theNational Institute of Standards and Technology.

She also has spent several years in the private sector, including a stint working with start-up companies and entrepreneurs in energy and efficiency technologies, consumer electronics components and semiconductor process and design technology.

Dr. Charles Wessner, director of Technology, Innovation and Entrepreneurship at theNational Academy of Sciences, also has been confirmed to speak at the conference. He and Prabhakar join a roster of heavy hitters for the conference that includes White House Office of Science & Technology Policy Director Dr. John P. Holdren, Assistant Secretary of the Navy for Research, Development and Acquisition Sean Stackley, Vice Chief of Naval Operations Adm. Mark Ferguson and Commandant of the Marine Corps Gen. James Amos, and others representing the domestic and international scientific community.

Innovative Naval Prototypes (INPs) push the boundaries of our nation’s technical talent to deliver transformational warfighting capabilities to the U.S. Navy and Marine Corps. INPs reduce the acquisition risk of disruptive technologies and capabilities.Innovative Naval Prototypes explore high 6.2 and 6.3 technologies that can dramatically change the way naval forces fight. Programs in this category may be disruptive technologies which, for reasons of high risk or radical departure from established requirements and concepts of operation, are unlikely to survive without top leadership endorsement, and, unlike Future Naval Capabilities, are initially too high risk for a firm transition commitment from the acquisition community. INPs should be identified based on a balanced combination of naval need and technology exploitation. Investments should be planned with the critical mass needed to achieve a level of technology maturity suitable for transition in four to eight years.
Current INPs:
Autonomous Aerical Cargo/Utility System (AACUS): This Innovative Naval Prototype program explores advanced autonomous capabilities for reliable resupply/retrograde and, in the long term, casualty evacuation by an unmanned air vehicle under adverse conditions. Key features of AACUS include a vehicle autonomously avoiding obstacles while finding and landing at an unprepared landing site in dynamic conditions, with goal-directed supervisory control by a field operator with no special training.
Electromagnetic Railgun (EMRG): The Electromagnetic Railgun (EMRG) is a revolutionary long-range naval gun that will fire precision-guided hypervelocity projectiles to ranges greater than 200 nautical miles. Rather than gunpowder and rocket motors, the railgun will use electrical power to propel the projectiles. Its delivery of persistent, time-critical precision strikes without the use of propellants or explosive warheads will revolutionize warfighting capabilities from the sea.
Free Electron Laser (FEL): ONR is exploring the development of a laser capable of operating in a maritime environment and consistent with the Navy’s planned all-electric ship. The high average power infrared Free Electron Laser (FEL) provides intense beams of laser light that can be tuned to atmosphere-penetrating wavelengths.
Integrated Topside (InTop): The Integrated Topside (InTop) program provides an integrated, multi-function, multi-beam top-side aperture construct that has modular open radio frequency (RF) architecture, software defined functionality, synchronization, and optimization of RF functions for mission support electromagnetic interface mitigation.
Large Displacement Unmanned Undersea Vehicle (LDUUV): The LDUUV program will develop fully autonomous, long-endurance, land-launched unmanned undersea vehicles capable of operating near shore. It will extend and augment the current Navy platform capability. The LDUUV program will develop new air independent energy systems and core vehicle technologies to extend unmanned undersea vehicles endurance into months of operation time. Advanced autonomy and sensing will enable operation in the cluttered littoral environment.

Persistant Littoral Undersea Surveillance (PLUS): The Persistent Littoral Undersea Surveillance (PLUS) program provides effective, adaptive and persistent undersea surveillance of multiple quiet targets over large littoral areas.
Sea Base Enablers: The Transformable Craft (T-Craft) – one example of a Sea Base Enabler – is a vessel which can operate in multiple modes. It can self-deploy from an intermediate support base to the sea base and then be used as a high-speed connector from the sea base to the shore. It can transport wheeled and tracked vehicles and other heavy cargo through the surf zone and onto the beach, where it can discharge its cargo without the need for a port.
Tactical Satellite (TACSAT): With the Tactical Satellite (TACSAT), ONR is issuing in a new era of small, responsive and flexible satellites. the TACSAT program will demonstrate communication relay, electronic intelligence and maritime domain awareness capabilities – all of which will enable tactical radios to communicate theatre-wide and facilitate effective command and control of distributed assets.
TACSAT 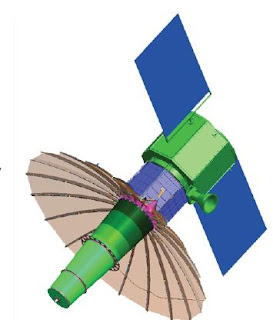