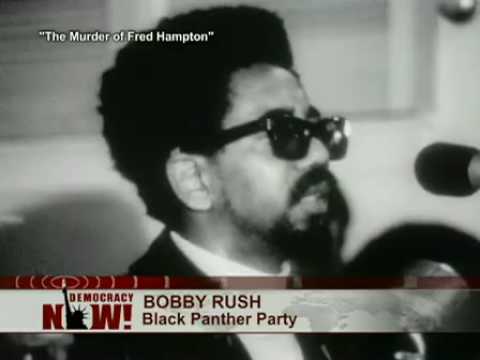 Today marks the fortieth anniversary of the death of Black Panther leader Fred Hampton. On December 4th, 1969, Chicago police raided Fred Hamptons apartment and shot and killed him in his bed. He was just twenty-one years old. Black Panther leader Mark Clark was also killed in the raid. While authorities claimed the Panthers had opened fire on the police who were there to serve a search warrant for weapons, evidence later emerged that told a very different story: that the FBI, the Cook County states attorneys office and the Chicago police conspired to assassinate Fred Hampton. We speak with attorney Jeffrey Haas, author of The Assassination of Fred Hampton: How the FBI and the Chicago Police Murdered a Black Panther. [includes rush transcript]