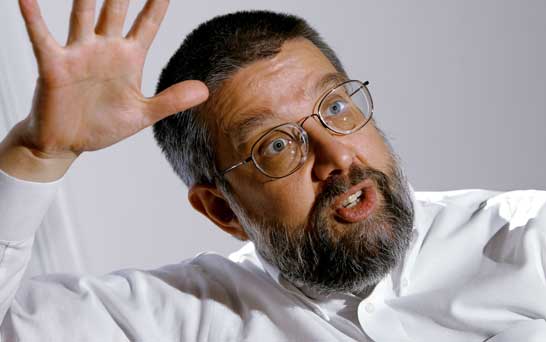 Terrorist hunter Michael Scheuer tells Duncan Gardham and Iain Hollingshead how he was repeatedly ordered not to stop the al-Qaeda chief.

There are not many sane people who can say with confidence that, had a president of America only listened to them, they could have saved $1.3 trillion and many hundreds of thousands of lives. Michael Scheuer can.

During his 22 years in the CIA – three and a half as head of a 18-man Osama bin Laden unit – he told his bosses at Langley on 10 occasions that he had a clear opportunity to kill or capture the terrorist chief. On all 10 he was told to hold his fire.

To look at Scheuer, 59, bespectacled, bearded and apparently every inch the academic and author he has become, you would not guess at his espionage past. The unit he led between 1995 and 1999 was codenamed Alec station, after his son, but it was nicknamed the “Manson family”, after the criminal Charles Manson, for the zeal with which it approached its task.

That we know anything at all about Scheuer’s past as a terrorist hunter is down to him. Imperial Hubris: Why the West Is Losing the War on Terrorism, which was published anonymously in 2004, the same year as he left the CIA, had the dubious honour of being praised for its insight in a speech by bin Laden. He was later unmasked as the author and has written three further books under his own name, the latest a biography of the man he spent much of his life trying to capture.

At a time when half the world has become an armchair expert on the world’s previously most wanted man, Scheuer is very much the real deal.

It is a story that began back in the 1980s when he was a junior member of a CIA programme funding Afghan mujahideen against the Soviets. In those days bin Laden was known to the CIA as a “do-gooder” – one who spent his own money while acting as a “bag man”, providing funds from private individuals in the Middle East. But he eventually became something of a “combat engineer”, using his family’s wealth to build barracks, clinics and roads for fighters.

By 1986 bin Laden had emerged from the shadow of more senior figures in the mujahideen to lead his own unit of young Arabs from a hideout known as the “Lion’s Den”. “We were aware of him but he absolutely refused to talk to us because he had his own money and guns and everything he needed,” says Scheuer. “We would have liked to talk to anyone fighting the Russians but he never gave us any indication that he wanted to talk. We never had contact with him.” The CIA was also aware of his growing antipathy towards the US. “He was already saying things like, ‘First the Soviets but ultimately the Americans are just as bad’ .”

Following the withdrawal of Soviet troops from Afghanistan in 1989, bin Laden returned home to Saudi Arabia a hero. However, he was placed under house arrest by the Saudi government after speaking out against the American troops stationed in Saudi Arabia during the first Gulf war. A deal was brokered by his influential family who persuaded the authorities to return his passport, allowing him to live in exile in Sudan.

Scheuer, meanwhile, had returned from Afghanistan to the CIA Counter-Terrorism Centre at Langley, where he began analysing warring factions of Algerians, rebellious Egyptians, and a group calling itself “al-Kaidah”. It wasn’t long before bin Laden’s name cropped up again. Scheuer “didn’t know if he was hands on operationally or just another Saudi spendthrift”. The answer soon became clear. In November 1995 Scheuer was appointed to set up the bin Laden chasing unit. After digging deeper he realised that al-Qaeda was “unlike any other terrorist organisation”.

Bin Laden was by now running a soap-making factory and tannery in Khartoum, an agricultural business in eastern Sudan, and had been building a road from Khartoum to Port Sudan. Scheuer thought them all easy targets for sabotage. “We formulated operations and submitted them for approval but they would not approve any of them,” he says. “If we had been able to deal a serious economic blow it could have been a show-stopper.”

In 1996 bin Laden issued his own show-stopper: a fatwa on the US. In 1997 he moved to Tarnak, near Kandahar, living on a farm not unlike the compound in Pakistan where he was eventually found 14 years later.

It was a perfect spot for Scheuer’s men to launch a surveillance operation.

They built a unit of Afghan agents, codenamed “Trodpint”, which began to rehearse capturing bin Laden. They had two clear opportunities in the first half of 1998, but senior CIA officers were not convinced they were up to the job.

In August 1998 al-Qaeda killed 12 Americans and 200 others in bombings at two American embassies in east Africa. President Clinton ordered the CIA to dismantle al-Qaeda and, in Scheuer’s words, “take care” of bin Laden. The Pentagon launched cruise missile attacks on bin Laden’s training camps, but he had left the compound hours earlier. Scheuer estimates they had at least eight further opportunities to assassinate bin Laden in the following months.

“I’m not saying it would have been simple to take care of the problem, but it got progressively harder when we didn’t take those opportunities. One 50 cent round could have put us all out of our agony.”

In June 1999, he sent off an angry memo to senior officers asking why his men were risking their lives on someone America apparently had no interest in stopping. “I don’t know what you are doing when you talk to the President but he will not get a better opportunity than this,” he told them.

Scheuer was dismissed from his job and spent the next two years running counter-heroin operations in Pakistan and the Middle East. On September 11, 2001, he was back at CIA headquarters in Langley.

Arriving home exhausted at 11.30pm, he took a shower and crawled into bed when his phone went. It was his successor at the bin Laden unit. “We need you back,” he said.

Three months later British and American special forces were at Tora Bora, bin Laden’s heavily defended cave complex in Afghanistan, when they heard his voice over a captured radio.

It was the last time they had a fix on him for nine years. The Afghans let bin Laden walk out of Tora Bora and head for Pakistan during a ceasefire.

Scheuer continued to act as an adviser to the bin Laden unit until 2004 when he resigned in disgust at the way in which the public was being lied to over the opportunities to capture the terrorist leader.

His books have pointed out the many failings of American policy in the Middle East, not least their inability to address the other causes of western unpopularity in the region while portraying a myopic image of bin Laden as a lunatic.

He retains a sneaking regard for the quarry he hunted in vain for so long. “I respect his piety, integrity and skills,” he says. And the next generation of al-Qaeda? “They will be even more cruel and bloody-minded.”