You Can Always Get Whatever You Want 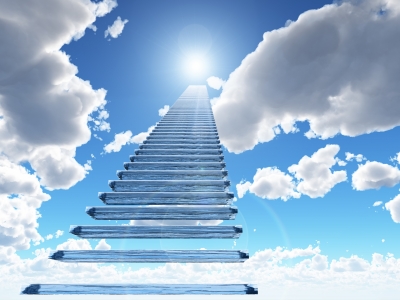 It is a spiritual law that the desire to do necessarily implies the ability to do.

You have all read of “Aladdin’s Lamp,” which accomplished such wonderful things. This, of course, is only a fairy story, but it illustrates the fact that man has within him the power, if he is able to use it, to gratify his every wish.

If you are unable to satisfy your deepest longings it is time you learned how to use your God-given powers. You will soon be conscious that you have latent powers within capable when once developed of revealing to you priceless knowledge and unlimited possibilities of success.

Man should have plenty of everything and not merely substance to live on as so many have. All natural desires can be realized. It would be wrong for the Infinite to create wants that could not be supplied. Man’s very soul is in his power to think, and it, therefore, is the essence of all created things. Every instinct of man leads to thought, and in every thought there is great possibility because true thought development, when allied to those mysterious powers which perhaps transcend it, has been the cause of all the world’s true progress.

In the silence we become conscious of “that something” which transcends thought and which uses thought as a medium for expression. Many have glimpses of “that something,” but few ever reach the state where the mind is steady enough to fathom these depths. Silent, concentrated thought is more potent than spoken words, for speech distracts from the focusing power of the mind by drawing more and more attention to the without.

Man must learn more and more to depend on himself; to seek more for the Infinite within. It is from this source alone that he ever gains the power to solve his practical difficulties. No one should give up when there is always the resources of Infinity. The cause of failure is that men search in the wrong direction for success, because they are not conscious of their real powers that when used are capable of guiding them.

The Infinite within is foreign to those persons who go through life without developing their spiritual powers. But the Infinite helps only he who helps himself. There is no such thing as a Special “Providence.” Man will not receive help from the Infinite except to the extent that he believes and hopes and prays for help from this great source.

Concentrate on What You Want and Get It. The weakling is controlled by conditions. The strong man controls conditions. You can be either the conqueror or the conquered. By the law of concentration you can achieve your heart’s desire. This law is so powerful that that which at first seems impossible becomes attainable.

By this law what you at first see as a dream becomes a reality.

Remember that the first step in concentration is to form a Mental Image of what you wish to accomplish. This image becomes a thought-seed that attracts thoughts of a similar nature. Around this thought, when it is once planted in the imagination or creative region of the mind, you group or build associated thoughts which continue to grow as long as your desire is keen enough to compel close concentration.

Form the habit of thinking of something you wish to accomplish for five minutes each day. Shut every other thought out of consciousness. Be confident that you will succeed; make up your mind that all obstacles that are in your way will be overcome and you can rise above any environment.

You do this by utilizing the natural laws of the thought world which are all powerful.

A great aid in the development of concentration is to write out your thoughts on that which lies nearest your heart and to continue, little by little, to add to it until you have as nearly as possible exhausted the subject.

You will find that each day as you focus your forces on this thought at the center of the stream of consciousness, new plans, ideas and methods will flash into your mind. There is a law of attraction that will help you accomplish your purpose. An advertiser, for instance, gets to thinking along a certain line. He has formed his own ideas, but he wants to know what others think. He starts out to seek ideas and he soon finds plenty of books, plans, designs, etc., on the subject, although when he started he was not aware of their existence.

The same thing is true in all lines. We can attract those things that will help us. Very often we seem to receive help in a miraculous way. It may be slow in coming, but once the silent unseen forces are put into operation, they will bring results so long as we do our part. They are ever present and ready to aid those who care to use them. By forming a strong mental image of your desire, you plant the thought-seed which begins working in your interest and, in time, that desire, if in harmony with your higher nature, will materialize.

It may seem that it would be unnecessary to caution you to concentrate only upon achievement that will be good for you and work no harm to another, but there are many who forget others and their rights, in their anxiety to achieve success. All good things are possible for you to have, but only as you bring your forces into harmony with that law that requires that we mete out justice to fellow travelers as we journey along life’s road. So first think over the thing wanted and if it would be good for you to have; say, “I want to do this; I am going to work to secure it. The way will be open for me.”

If you fully grasp mentally the thought of success and hold it in mind each day, you gradually make a pattern or mold which in time will materialize. But by all means keep free from doubt and fear, the destructive forces. Never allow these to become associated with your thoughts.

At last you will create the desired conditions and receive help in many unlooked-for ways that will lift you out of the undesired environment. Life will then seem very different to you, for you will have found happiness through awakening within yourself the power to become the master of circumstances instead of their slave.

To the beginner in this line of thought some of the things stated in this book may sound strange, even absurd, but, instead of condemning them, give them a trial. You will find they will work out.

The inventor has to work out his idea mentally before he produces it materially. The architect first sees the mental picture of the house he is to plan and from this works out the one we see. Every object, every enterprise, must first be mentally created.

I know a man that started in business with thirteen cents and not a dollar’s worth of credit. In ten years he has built up a large and profitable business. He attributes his success to two things—belief that he would succeed and hard work. There were times when it did not look like he could weather the storm. He was being pressed by his creditors who considered him bankrupt. They would have taken fifty cents on the dollar for his notes and considered themselves lucky. But by keeping up a bold front he got an extension of time when needed. When absolutely necessary for him to raise a certain sum at a certain time he always did it. When he had heavy bills to meet he would make up his mind that certain people that owed him would pay by a certain date and they always did. Sometimes he would not receive their check until the last mail of the day of the extension, and I have known him to send out a check with the prospect of receiving a check from one of his customers the following day. He would have no reason other than his belief in the power of affecting the mind of another by concentration of thought for expecting that check, but rarely has he been disappointed.

Just put forth the necessary concentrated effort and you will be wonderfully helped from sources unknown to you.