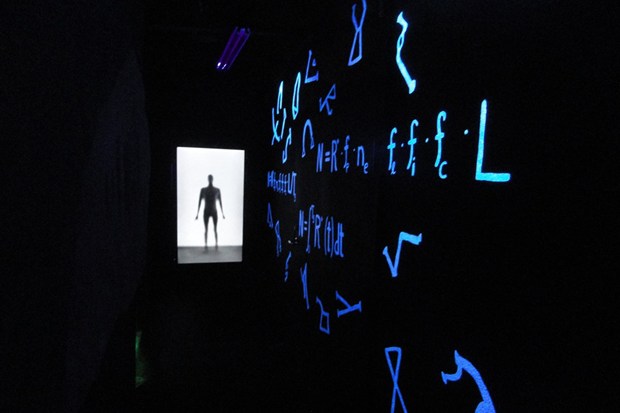 The pilgrimage for tin foil hat explorers to the ominous borders of Area 51 can now be undertaken without the threat of being shot at or chased off by low-flying black helicopters, as the world’s first official Area 51 museum opens in Nevada.

The actual Area 51 site at Groom Lake is still guarded by ferocious dogs, movement-detecting sensors and armed guards driving Warrior trucks, but years of research and investigation have gone into creating the ultimate Area 51 experience within the equally-interesting National Atomic Testing Museum of Las Vegas.

Since reporter George Knapp broke the story of Area 51 in the late 80s withBob Lazar‘s claims of reverse-engineering alien technology, it has been a hive of conspiracy theory and stranger-than-fiction folklore. Built originally for working on atomic weapons and testing them in the surrounding desert, Area 51 has grown massively and now even has its own runway, which is said to be the longest in the world, at an estimated 9.7km.

For years, the military refused to confirm Area 51’s existence, which contributed to the mystery surrounding it. Now however, for the first time, the facts have been laid out and presented at an exhibition open to the public. Although there isn’t a huge amount of detail about the goings-on in the depths of Area 51, visitors to the museum can expect more than scorched metal fragments in glass cases and dubious testimonies.

“This is an interactive exhibit,” the museum curator Karen Green told Wired.co.uk. “It actually takes the visitor to Area 51. Camouflaged personnel will meet the visitor and escort them into a mission room — and keep your badge on, this is top secret. You’ll be asked questions throughout the exhibit to help understand both the myth and the realities of Area 51. We want you to make up your own mind.”

No-one other than the US government, and employees flown in everyday via “Janet” flights on private planes from nearby McCarran airport, really know what is down there. Inside Area 51, or “Dreamland” as it’s sometimes known, is said to be a labyrinth of underground tunnels, containing what is claimed to be anything from advanced US aircraft to reptilian aliens. Over the years, the attention generated by the rumours surrounding the base has made it impossible for any kind of secret testing to take place as brazenly as it may once have, but the site is still massively popular amongst conspiracy theorists and curious onlookers alike.

Green explains why now is the right time to open the exhibit: “The National Atomic Testing Museum has been working on this exhibit for over three years, interviewing many of the people who worked at Area 51. Last year the name Area 51 was finally declassified by the CIA, and that opened the door for us to bring the first ever museum exhibit about Area 51 to the public. There are a number of things that are unique to this exhibit, including firsthand accounts of experiences from men who worked there, a rare look at untouched original UFO photographs from the Bigelow Aerospace Archives, and some ‘UFO artefacts’ from a crash in the Soviet Union that were given to investigative reporter George Knapp.”

Knapp, an investigative journalist based out of Las Vegas, is regarded as one of the few people who’ve approached the mystery of Area 51 with a level head, and his expertise played a major role in the construction of the museum. He told Wired.co.uk: “I’ve given [the Area 51 museum] quite a bit of input, a detailed history of the origin of the UFO stories, Lazar’s background, snippets I obtained from other witnesses and former employees, and a whole lot of post-UFO history. Area 51 is now known all over the world (…) and I helped the museum understand just how far it has spread.”

Knapp has spent decades investigating Area 51 and has spoken to many ex-employees who have been privy to highly-classified information. He claims to have seen US government documents detailing how it was more concerned about the lights in the sky than it ever let on in the public domain.

“I broadened the discussion by sharing with them some information about the larger UFO picture — secret studies by the US and Russian military, a paper trail of documents to show the subject was taken seriously behind the scenes, and some unusual objects I brought back from two perilous trips to the former USSR.”

Regarded now as the US military’s “worst kept secret”, it’s likely that Area 51 has become far too famous for it to genuinely hold any kind of world-altering secrets such as a reclaimed flying saucer or alien hybrids in glass jars, but Knapp is confident that highly advanced technology is still being tested there: “I am told the base is largely focused on UAV type technology, everything from pilotless combat fighters to invisible planes — literally — to the tiniest UAV’s, advanced machines the size of insects,” he explained.

“If there were ever any recovered saucers out there, and I do say ‘if’ — then they are long gone. Too many people have been out there looking for them, including members of Congress and major news organisations. A congressional staffer with the highest clearances once told me that if the stories turn out to be true — and he believed they were true — then it was clear the military and intelligence agencies have been lying to the public and to Congress for a long time, have been siphoning funds away from legitimate national security programs to maintain a cover-up and that if it could ever be proven, then a lot of these guys deserve to go to prison. That, by itself, is enough of a reason to maintain a cover-up as far as I’m concerned.”

So if you’re not too keen on being spirited away to some unknown holding cell a thousand floors under the desert after trying to ram-raid the main gate at Area 51, visit the museum, as it’s probably the closest you’ll ever get to the real thing.

Bulgarian Academy Scientists Reported to Be in Touch with Aliens

The Mysterious Connection Between Sirius and Human History